If you're reading this right after waking up this morning, you've already lost an hour of your day. But don't be alarmed. The clock on your cell phone automatically sprang forward while you were asleep because it knew all about daylight saving time. Check the rest of your clocks, though. They may need some updating! Here's what else you need to know toStart Your Week Smart.

The weekend that was

• Russian airstrikes intensified across Ukraine over the weekend, as Russian forces hit the west and move closer to the Ukrainian capital of Kyiv. Meantime, Moscow warned the US it could fire on foreign weapon shipments to Ukraine, raising the risk of direct confrontation between Russia and a NATO country.

• Russia's invasion of Ukraine continues to impact global fuel supply, pushing average gas prices in the US above $4.33 a gallon. Uber has announced it will begin adding a fuel surcharge starting Wednesday to help its drivers offset higher gas prices.

• Saudi Arabia carried out its largest mass execution in decades -- 81 men, including seven Yemenis and one Syrian -- were executed Saturday for terrorism and other offenses, authorities said.

• A late winter storm system had more than 42 million Americans across the eastern US under winter weather alerts. Heavy snow and strong winds in the Northeast led to trouble on the roads and more than 1,300 canceled flights. The unusually freezing temperatures could damage crops in parts of the South.

Tuesday is Equal Pay Day for women, but it's not a day to celebrate. Each year, the National Committee on Pay Equity sets the date, which symbolizes how far into the year women, on average, must work to earn what men earned in the previous year. Currently, women earn 83 cents for every dollar that men make, according to the most recent data from the Census Bureau.

And if you're a Shakespeare fan, it's also the Ides of March, so beware! 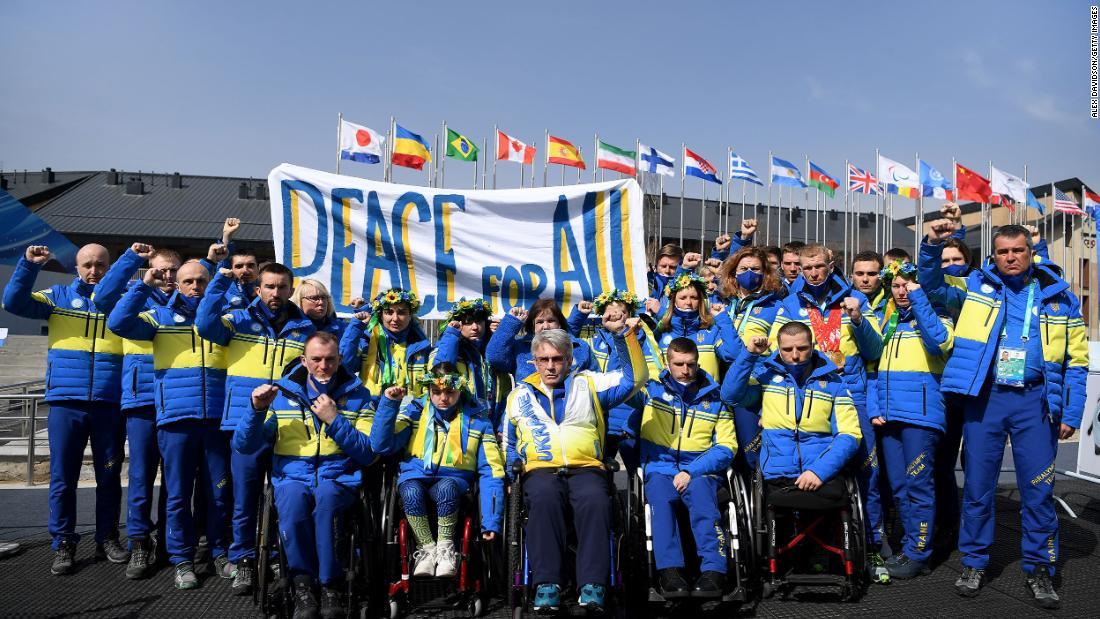 Wednesday marks one year since the metro Atlanta spa shootings. Eight people, including six women of Asian descent, were shot dead at three spas. Because of the victims' backgrounds, some officials raised fears that ethnicity had come into play, amid rising concerns nationwide about anti-Asian violence during the coronavirus pandemic.

On this day every year, the world suddenly looks a bit greener as people don the color to celebrate St. Patrick's Day. March 17 is the feast day of St. Patrick, the patron saint of Ireland. In addition to its religious roots, the holiday has become synonymous with the color green, shamrocks, parades and festive drinking. Go grab a Guinness!

This week on the Sunday edition of the 5 Things podcast, CNN Political Reporter Steve Contorno joins us from Florida to examine the implications of the bill opponents have dubbed the "Don't Say Gay" bill, which is aimed at banning certain instruction about sexual orientation and gender identity in the classroom. Listen here!

Photos of the week

Here's a look at other moving, fascinating and thought-provoking images from the week that was, curated by CNN Photos.

The 27th annual Critics Choice Awards, which honor some of the best film and television of the year, will be presented later today. Taye Diggs and Nicole Byer will host the awards ceremony, which will air live on the CW Network and TBS at 7 p.m. ET. "Belfast" and "West Side Story" lead this year's Critics Choice Awards film contenders, having earned 11 nominations each.

The 2022 British Academy Film Awards will also take place today at 3 p.m. ET. For locals, the ceremony will be broadcast live on BBC One, and will be available to watch live and on replay at BBC iPlayer. US audiences will be able to watch the ceremony live for the first time on the streaming service BritBox.

College basketball fans, it's here! The NCAA will kick off its annual Division I Basketball tournament, also known as March Madness, this week. Sixty-eight teams will participate in a single elimination tournament on the road to the Final Four in New Orleans. The championship game is April 4.

WNBA star Brittney Griner remains detained in Russia on drug charges. For three weeks, family and friends of Griner have been clamoring for the release of the two-time Olympic basketball gold medalist after she was held by the Russian Federal Customs Service for allegedly bringing cannabis oil into the country. Griner, 31, plays with the WNBA's Phoenix Mercury and spends her offseasons playing for the Russian team UMMC Ekaterinburg. Her exact whereabouts since her arrest remain unknown.

Take CNN's weekly news quiz to see how much you remember from the week that was! So far, 77% of fellow quiz fans have gotten an 8 out of 10 or better this week. How well can you do?

For nostalgia's sake, let's close out the weekend with 2009 feel-good vibes. Here's a Maroon 5 classic -- and feel free to sing along. I know you want to. (Click here to view)