"We see 5G-enabled smartphones contributed more than one-third of the total market in Thailand in the last quarter and full year of 2021 thanks to Apple's iPhones and affordable Android phones such as the Samsung Galaxy A52s, vivo Y76 and Redmi Note 10," said Teerit Paowan, client devices market analyst at IDC Thailand.

In Asia-Pacific excluding China and Japan, Thailand was behind only India and South Korea in terms of 5G smartphone shipments, he said.

According to IDC's "Quarterly Mobile Phone Tracker", Thailand's handset shipments reached 20.9 million units in 2021, up 20.9% from a year earlier, the biggest growth among Asean countries.

For the fourth quarter alone, the market grew 16.6% year-on-year to 5.5 million units, supported by the lifting of the lockdown and seasonal promotional campaigns.

In the fourth quarter, mobile operators contributed to almost a third of the smartphone market as the newly launched iPhone 13 series gained popularity. 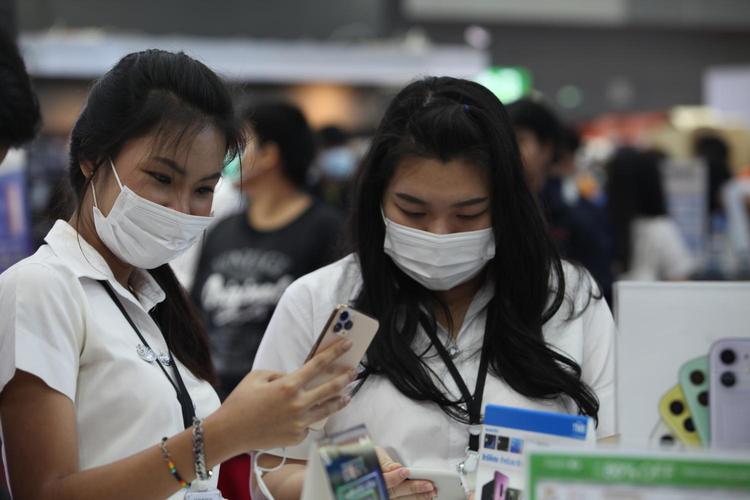 Referring to the planned merger of True Corporation and Total Access Communication Plc (DTAC), the No 2 and No 3 mobile operators, he said the move "is likely to result in strong competition between the resulting top two telcos to expand their subscriber bases in the short term."

"However, supply constraints will continue to be a bottleneck, at least in the first half of 2022," said Mr Teerit.

In the fourth quarter, Samsung remained in the top position for Thailand in terms of shipments, followed by Xiaomi, which climbed two spots, supported by the expansion of its offline channel.

Apple jumped two spots to third, driven by the launch of the new iPhone 13 series. Oppo, which faced tight supply at the low-end of its 4G portfolio, dropped two tiers to fourth in the final quarter.

Vivo fell two spots to fifth as it was hit hard by supply shortages for the low-end Y-Series.

"Some of the smaller players such as HMD [Nokia], Lenovo [Motorola] and TCL made big leaps in the market during this time because of their focus on the affordable segment, which was supply-constrained," he said.

Prev: Qualcomm may be working on a Nintendo Switch clone with Android

Next: 4G version of Oppo A55 debuts with 50MP camera, Helio G35 chipset