The Nintendo Switch has been an incredible success, so much so that it has spawned many look-alike devices from countless manufacturers. Interestingly, it looks like the next Nintendo Switch clone may be coming from Qualcomm, producer of the chipsets found in most flagship Android devices.

Android Police reported earlier today that Qualcomm is planning to release an Android-powered game console with a design similar to the Nintendo Switch. No images were published, but the device reportedly has detachable Joycon-style controllers on the left and right sides, which will be manufactured by a currently-unknown “premium supplier in the controller space.” The console is also expected to have video output support, a 6,000mAh battery, an SD card slot, 5G connectivity, and Qualcomm QuickCharge support. 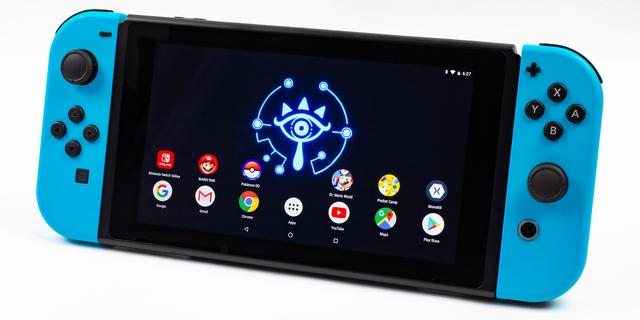 The console will run Android 12 with a customized launcher and full support Google’s apps and services. Qualcomm is also allegedly in talks with Epic Games to include the Epic Games app on the console, providing quicker access to Fortnite and other games Epic might publish on its Android store in the future. However, Google reportedly pressured OnePlus into not pre-installing the Epic Games app last year, so Google might not allow the app’s inclusion on a Qualcomm-made console.

The current launch target is Q1 2022 with a target price point set at $300, suggesting a recent 800-series Snapdragon chip is unlikely to be included. There’s plenty of time left in 2021 for Qualcomm to announce new potential chipsets, though.

We’ve been able to independently confirm that Qualcomm has been working on a reference design for a Switch-like console, though we weren’t sure if it would end up as a product fully designed and sold by Qualcomm.

The rumored game console could end up as the most promising Switch alternative if Qualcomm ever decides to release it. Most existing Nintendo Switch clones are either Android-based consoles from lesser-known manufacturers (like the PowKiddy X2), or x86-based devices that run full Windows 10 (like the Vastking G800 or Alienware Concept UFO).

Prev: A shady Nintendo Switch emulator for Android has popped up online, and it surprisingly works