There’s plenty to like about Samsung’s new Galaxy S22 series of phones, but they’re also really big and expensive. So if you want something a little different, here are some of the best Galaxy S22 series alternatives worth considering.

What to Look For in a Galaxy S22 Alternative?

When it comes to buying a new smartphone, several factors go into the decision. Everyone has different wants, needs, or preferences. That’s especially true for screen sizes, price, and features. And while we don’t know what you want, we can help steer you in the right direction.

When looking for a Galaxy S22 alternative, consider what you want from a phone. Do you want or need the stylus? Do you love the idea of a crazy 100x telephoto zoom lens with the Galaxy S22 Ultra? Or, are you simply looking to spend under a specific dollar amount while getting the best overall device? Ask yourself those questions, then choose from the options below.

A great place to start when looking for an alternative to one of the best Android phones is from the maker of Android itself, Google. The Google Pixel 6 and Pixel 6 Pro are excellent high-end phones with a lot to offer. A perfect place to start is with our Pixel 6 Pro review. And while Google’s premium phone packs a 6.71-inch screen and a 4x optical telephoto periscope lens (20x hybrid), it doesn’t quite compare to Samsung’s bigger Ultra. The S22 Ultra has a bigger screen and can go up to 100x.

With the Pixel 6 series, you’re also getting the latest Android 12 with quick updates to Android 13 and beyond, special Pixel-only features, and affordable prices. The smaller Pixel 6 is only $599, while the Pro comes in at $899. Those prices are easier to swallow than the S22+ at $999 and the Galaxy S22 Ultra for $1,200.

If you love everything Samsung’s latest and greatest Galaxy S22 Ultra has to offer, but you don’t need or want the S-Pen, consider the Galaxy S21 Ultra from last year. It’s still a highly respectable phone with almost the same bells and whistles. You’ll enjoy a similar 6.8-inch display that’s not quite as squared off, nearly the exact same quad-camera setup on the back, and it still has the 100x telephoto periscope zoom lens. 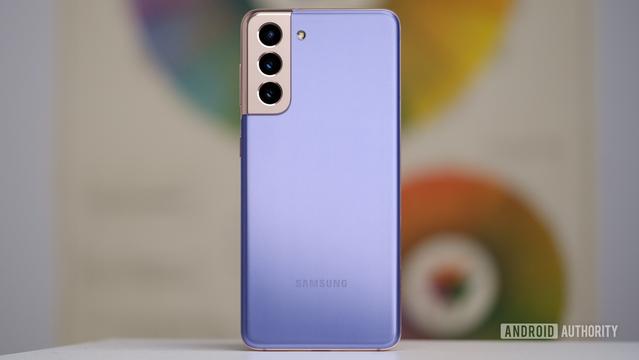 Several reports suggest the Galaxy S21 Ultra could get better battery life while delivering almost the same experience at a lower price point. We’ve seen the Galaxy S21 Ultra for as low as $849 lately at Best Buy if you activate it on AT&T, although it’s no longer for sale on Samsung’s website or from select carriers. Any of the S21 series is worth considering, but the Ultra obviously has a little more to offer. It’s also still available at Amazon in unlocked models.

If you don't mind giving up the very latest and greatest features, the S21 series are still great phones.

Apple and Samsung are big rivals with completely different software, and we know a lot of Android users have no plans of switching to the iPhone. However, if you’re not stuck in any ecosystem, the iPhone 13 Pro and bigger Pro Max are excellent phones.

Apple’s iPhone 13 Pro Max comes with a respectable 6.7-inch screen, three powerful rear cameras (one with a 3x optical telephoto zoom), and has more than enough power to handle daily tasks. It does everything well, but like Samsung’s Ultra, it’s certainly not cheap. The regular iPhone 13 Pro is 6.1-inches and is roughly the same overall size and shape as Samsung’s smallest Galaxy S22. So, either iPhone 13 Pro model could be a suitable alternative to the S22 line.

If you’re looking to save even more money, Samsung’s affordable Galaxy S21 FE could be worth consideration. It’s essentially a budget version of the Galaxy S21 from 2021. However, the Galaxy S21 FE still packs a powerful Snapdragon 888 chip, a 120Hz FHD+ display, and support for reverse wireless charging. It also works with mmWave 5G and has an IP68 water resistance rating.

The only big downside over its siblings or the new Galaxy S22 is in the camera department. While you’ll still get three capable cameras, don’t expect stunning telephoto zoom options and as much clarity as a high-end device. That said, it still has a fingerprint sensor, a big 6.4-inch display, and more than enough to make anyone happy. It initially launched for $799, but lately, we’ve seen steep discounts making it a great Galaxy S22 alternative.

Potential buyers have a few great Galaxy S22 alternatives to choose from already, but more options will be available in the near future. We’re talking about the OnePlus 10 Pro, the new Moto Edge+, or Google’s affordable Pixel 6a, to name a few. Here are a few details on each of those upcoming phones.

The OnePlus 10 Pro was initially only available in China, but at the end of February, the company confirmed it’ll be available in the U.S. and other regions from late March. So, now that it’s an option you’ll be able to buy, you might want to consider it over Samsung’s Galaxy S22.

The OnePlus 10 Pro packs a 6.7-inch 120Hz display that’s slightly smaller than the Galaxy S22 Ultra, a slew of capable Hasselblad-powered cameras on the back, and will get fast and frequent Android updates. The company uses OxygenOS, which is a good blend between Google’s stock Android experience and Samsung’s OneUI, without as much bloat. It won’t be available from all U.S. carriers but supports 5G and will likely cost around $900, give or take a few bucks.

Next, we wanted to suggest buyers look into the new Motorola Edge+. The 2nd generation Moto Edge+ packs a 6.7-inch 144Hz OLED display, the same powerful processor as the Galaxy S22 series, a large 4,800 mAh battery, insanely fast wired charging, and two powerful 50-megapixel cameras on the back. And while it doesn’t offer a crazy telephoto lens like many others on our list, not everyone wants or needs a zoom lens.

Additionally, Motorola’s Edge+ (2022) comes with the latest Android 12 software, and the company even announced plans to sell an optional case and stylus accessory. So while it may not have all the same S-Pen software features as the S22 Ultra, if you want a stylus without paying Samsung’s high price, the Edge+ could fill your need. The new Moto Edge+ will be $999 when it hits shelves this Spring.

Last but not least, for now, is the upcoming Pixel 6a from Google. The A-series is typically very similar to Google’s flagship phone, only with a few cutbacks to offer it at a lower price point. According to leaks, the Pixel 6a will likely have a smaller 6.2-inch 1080p display, Google’s Tensor chip, and probably the same 12.2MP Sony IMX363 primary camera that came with the Pixel 5. So while that’s technically a “downgrade” from the Pixel 6 Pro or Samsung’s latest, it’ll still take great photos.

The Google Pixel 6a would be an excellent Galaxy S22 alternative especially if it comes in around the expected $500 price point. Leaks suggest a release date between the end of May and sometime in August.

Some of our favorite Galaxy S22 series alternatives are available now or coming soon. Plus, more phones are on the way later this year that we’ll be adding to this list. In the meantime, you can stay up to date on the latest news and new phones by subscribing to our daily newsletter.