Home > iPhone > The War Of Affordable 4G Phones: JioPhone Vs Karbonn A40 Indian Vs Micromax Bharat 1

Let’s see how these affordable 4G phones- JioPhone, Karbonn A40 Indian, and Micromax Bharat 1 stand against each other.

The JioPhone is announced at a price of Rs. 0; to prevent misuse of the device, users have to pay a security fee of Rs. 1500 which is refundable after 3 years.

JioPhone is a 4G VoLTE enabled phone and comes with internet browsing; it also has pre-loaded Jio apps like JioTV, JioCinema, JioChat, JioMusic, and JioXpressNews. The device has headphone jack, torchlight, and FM radio.

JioPhone can be connected to any TV with JioMediaCable. The device also has voice support which enables users to make calls, send texts or watch movies by voice command.

On the JioPhone, voice calls will be always free and users have to pay Rs. 153 per month for unlimited 4G data. JioPhone also has 2 sachet plans where users can recharge data for 2 days and a week for Rs. 24 and Rs. 54 respectively.

Airtel tied up with Karbonn mobiles to introduce affordable 4G smartphone Karbonn A40 Indian. The 4G smartphone is bundled with a monthly pack of Rs 169 from Airtel, which offers data and calling benefits. 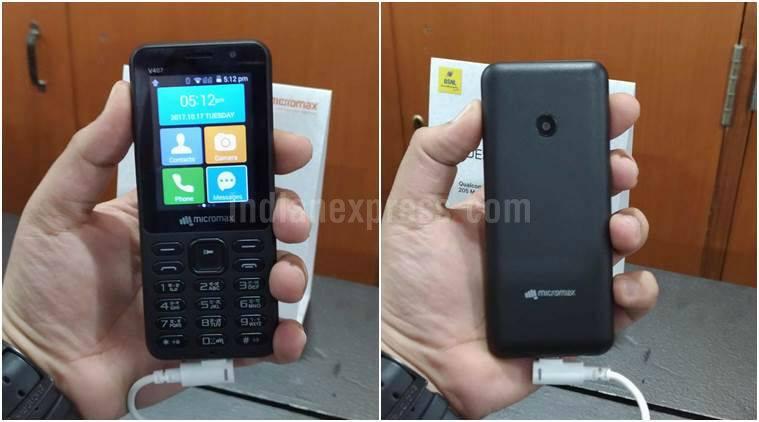 Users can experience enjoy ‘unlimited calling’ and ‘internet services’ at Rs 97 every month. With this partnership, BSNL and Micromax are aiming to target more than 500 million population that is still internet unconnected.

Bharat 1 comes with Micromax Entertainment app with which users can access live TV, music, movies, and videos. The phone comes with a BSNL SIM card but the device supports dual-SIMs which means the phone is not only restricted to BSNL’s network.

Tags assigned to this article: