The biggest stories this week came from Apple's first event of 2022. The Cupertino firm unveiled the iPhone SE (2022), the fifth-generation iPad Air, the M1 Ultra processor, the Mac Studio desktop computer, as well as new TV+ features, a 27-inch 5K monitor, and Green variants of the iPhone 13 and 13 Pro.

The iPad Air (2022) gets an M1 processor and a new 12MP selfie camera with CenterStage support.

The M1 Ultra processor fuses two M1 Max processors for doubled performance. It can be configured inside the new Mac Studio desktop - a Mac mini on steroids. It features ports on the front and rear, as well as active cooling. This machine, which ships on March 18, will be handleprofessional work in just about any industry.

Outside of Apple-related news, the Galaxy A53 will soon be official, if recent leaks are to be believed. It went on sale through a third-party retailer in Serbia for €350 and we saw images of the device.

That's it for the key stories of this week. See you next one!

The A15 chip is faster than what pricey Android flagships have and it supports 5G too.

One person is selling the phone through an online portal in Serbia.

First sales for the Note Pro 11+ 5G and Watch 2 Lite are scheduled for March 15. 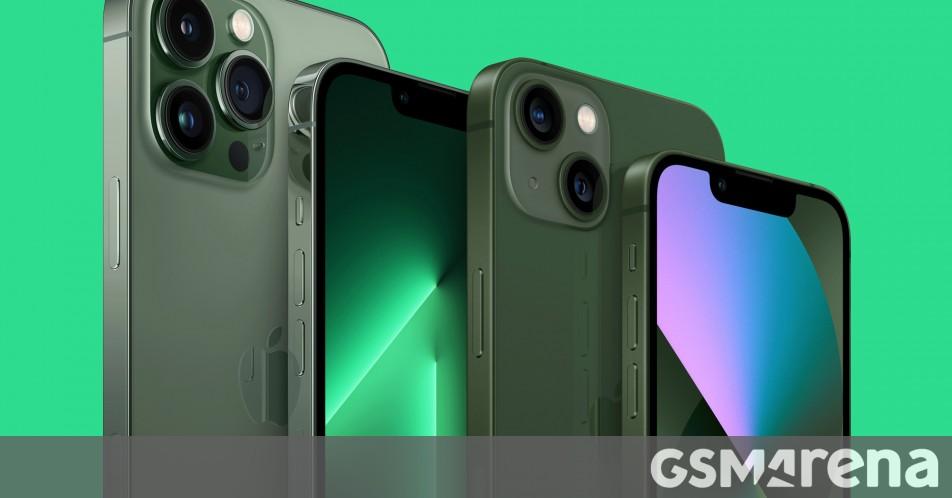 Sales will begin on March 16.

Is a combination of two M1 Max chips with a new interconnect architecture called UltraFusion.

The iPhone 13 and 13 mini will soon be available in green while the 13 Pros will offer an alpine green option.

The front-facing camera has also been updated.

We are pretty confident the rumors about a big circle on a rectangular island are true.

Only the Pros will adopt the new design this year, says Ross Young. The design is described as "pill + hole", referring to the characteristic shape.

The company is also expected to unveil new iPhone SE.

Samsung GalaxyA73 spotted at Geekbench with a Snapdragon 778G chipset

Initial rumors pointed to the weaker 750G chipset that the A52 5G used.

The phone appears slightly bigger than the Galaxy A53.

The iPhone SE 5G, a new iPad Air, a new Mac Mini and maybe even the Apple M2.

HMD Global says it has pulled out of the flagship race

“Making an $800 phone doesn’t make sense for us at the moment,” said HMD’s Global Head of Product Marketing.

Google Pixel 6a listed on Geekbench with Tensor chip

It managed identical scores to the Pixel 6 Pro.

Images of global Xiaomi 12 and 12 Pro leak, along with prices for them and the 12X

The Xiaomi 12 series will launch globally on March 15.

The quad cameras will be supported by the custom vivo V1 ISP chip and will have this configuration: wide, ultra wide, 2x tele and 10x hybrid.

Qualcomm's Snapdragon 8 Gen 1+ to be made by TSMC

Samsung's manufacturing process is not up to Qualcomm's standards, it seems.

Realme 9 SE launches with an SD778G and 144Hz display, Realme 9 tags along

Apple's new iPhone SE reportedly has 4GB of RAM, 33% more than its predecessor

It's a similar package to the outgoing Xperia 10 III.

Samsung and Xiaomi were the only two makers that contributed to the list.

Prev: New Apple iPhone SE 3 will be faster and pricey too

Next: Xiaomi 11i HyperCharge with 120W fast charging support launches in India on January 6