While Xiaomi hasn’t officially confirmed any of these details, the company has now announced that it will launch the Xiaomi 11i series in India on January 6. A recent tweet from Xiaomi’s Manu Kumar Jain reveals that the Xiaomi 11i series will land in India early next year. The tweet also confirms that one of the devices in the new lineup will feature 120W fast charging support, which will charge the phone from 0-100% in about 15 minutes. In addition, the tweet mentions the Hypercharge moniker. 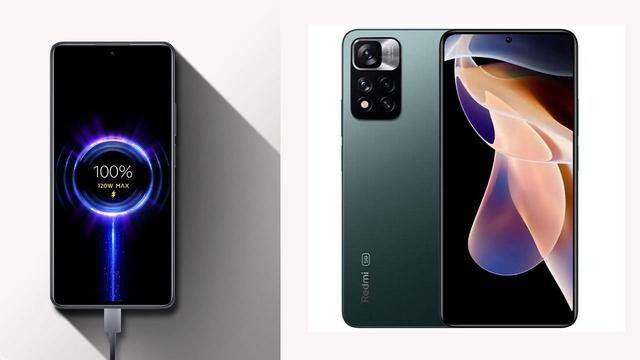 The information provided in the tweet lines up with our previous report, so it’s safe to assume that the upcoming Xiaomi 11i Hypercharge will be a rebranded Redmi Note 11 Pro+. As such, it will likely feature the same MediaTek Dimensity 1200 SoC, a 6.67-inch FHD+ Samsung E2 AMOLED display with a 120Hz peak refresh rate and 360Hz touch sampling rate, up to 8GB RAM, up to 256GB storage, and a 4,500mAh battery with 120W fast charging support.

The device will sport a triple camera setup on the back, consisting of a 108MP primary camera, an 8MP ultra-wide camera, and a 2MP macro camera. Over on the front, it will feature a 16MP selfie shooter. As far as the software is concerned, the Xiaomi 11i HyperCharge will likely launch with MIUI 12.5 based on Android 11.

As mentioned previously, the standard Xiaomi 11i will be a rebranded Redmi Note 11 Pro, featuring the same 6.67-inch FHD+ Samsung E2 AMOLED display with a 120Hz peak refresh rate and 360Hz touch sampling rate, MediaTek’s Dimensity 920 SoC, up to 8GB RAM, up to 256GB storage, and a 5,160mAh battery with 67W fast charging support. The device will feature the same triple camera setup and selfie camera as the Hypercharge variant, and it will likely run MIUI 12.5 based on Android 11.

A Literature and Linguistics graduate with a keen interest in everything Android. When not writing about tech, Pranob spends most of his time either playing League of Legends or lurking on Reddit.

Next: Phones with new Snapdragon chip will have up to 150W fast charging