Home > iPhone > 'Your weapon is your phone:' Large crowd turns out at Iowa State to support Ukraine

Ukrainian Americans and allies at Iowa State University on Wednesday continued to try to put pressure on U.S. and other leaders to do more to protect Ukraine as the nation continues to suffer from, but also fight, Russia's invasion.

A crowd approaching 100 people gathered at the start of a two-hour lunchtime protest near Parks Library, led by a group of about a dozen people, including Iowa State students and staff. They were holding anti-war signs, Ukrainian flags and QR codes to take visitors to ways to donate and sign a petition to get NATO to implement a no-fly zone over Ukraine, in order to keep out Russian military aircraft.

Despite heavy financial sanctions against Russia in recent days, the demand for a no-fly zone is a recurring theme that's also continued to be rejected by U.S. and European leaders, because of the risk of direct conflict between their forces and Russia's escalating into a larger war, perhaps a nuclear war.

Russian President Vladimir Putin's decision to put his country's nuclear forces on high alert did not intimidate Ukrainian supporters, however.

Solomiya Kovalenko, an undergraduate student who is Ukrainian American, and Kate Krzystolik, a fellow undergraduate student born in Poland who will soon be a U.S. citizen, said Putin would use nuclear weapons to further his interests, if he thought doing so would — regardless of whether NATO gets directly involved in Ukraine.

"That's why we have to speak," Krzystolik said.

Irina Bassis, assistant director of the Lectures Program at Iowa State, speaking Tuesday to the Tribune, said she also hoped for a no-fly zone, in order to minimize Ukrainian casualties as much as possible.

Bassis said the risk of nuclear war is "a threat that’s as worrying to me as anyone else."

She said she's not a military strategist and doesn't know the best way out of the situation, but said that Putin "cannot put his finger on that button on his own."

Thinking about it more, however, she added that, "I want the world to know and remember Ukrainians for what they are: We are kind, compassionate, and civil people. We only resort to arms when we are forced to defend what’s ours.

"'How do you think the world can help now?' Compassion, kindness, standing by truth, critical thinking — it’s what the Ukrainians are."

She repeated that on Wednesday at the protest on campus.

Her sister and brother-in-law run a sewing factory and had enough electricity to get some people to come back and make camouflage nets for tanks instead of suits for vendors in places such as Austria, Germany and Italy, and Hassall's been inspired by those vendors paying a year in an advance — knowing they won't receive any products any time soon.

For Jodi Cornell, the study abroad director of Iowa State's College of Agriculture and Life Sciences, war means his friend Inna in Kyiv has manufactured Molotov cocktails — homemade fire bombs — with neighbors at her home, "'Getting ready to welcome guests!'"

Cornell's friend has also raised money for the Ukrainian military, while her husband — who is not a soldier and is about 45 years old — was called up.

The beginning of the invasion:Sleepless night, dawn of a new world: Iowans with family, friends in Ukraine watch as Russia attacks

Cornell's friend Valya, whom he considers a sister, is relatively safe with her family in western Ukraine — air raid sirens and trips to the basement aside. 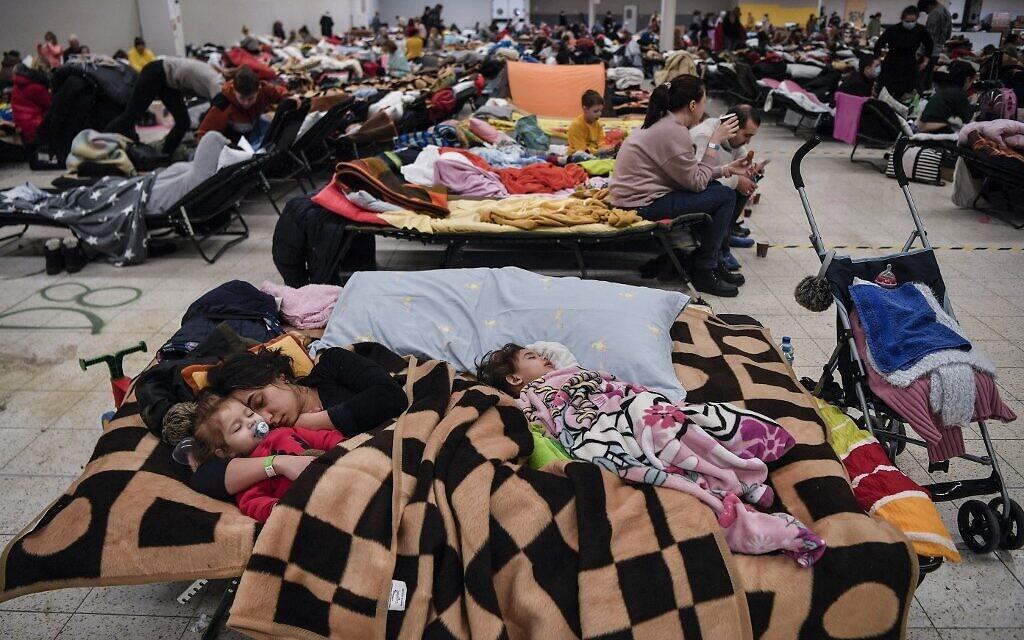 He sends "Ukraine Strong" emoji messages every day — the Ukrainian flag and a flexed arm — to Inna and Valya, but, "I do not ask questions, because not sure what to ask — 'How are you?' sounds really stupid."

For Bassis, war means she worries about her family — her mom, brother, sister-in-law and their daughter in Cherkasy, and a niece in Kyiv.

Her niece works in television, and she watches her show. She said her niece looks tired and her voice cracks. Bassis said her niece has told her that she and her 12-year-old dog, Michael — who can't be left alone, and there are too many cats of co-workers at the TV station — spend most of their time at her apartment sheltering in its bathtub.

War also means her 52-year-old brother considered grabbing a rifle and volunteering to fight, but he's so far stayed a dentist to help who he can.

She starts and ends every day making sure her immediate family members and friends are still alive.

"It's agonizing, and that agony comes from the desire to help and not knowing how to help," other than protesting and encouraging people to send money, she said.

She is pleasantly surprised by how Ukrainians are taking care of one another, despite everyone being under stress.

"Amidst all that carnage going on, you see that people are trying to stay people," she said.

How can and are people taking care of one another?

Kovalenko said Wednesday that members of the Ukrainian community in her native Chicago have been supporting one another through texts, have been trying to organize families outside of Ukraine to take in people fleeing the country, have been raising money and sharing information about upcoming protests.

As for anyone else, she said, "offering your help, any way that you can," means a lot.

Her extended family is in Ukraine.

"I urge you to empathize with the Ukrainian people," because "We all bleed the same," she said.

She hoped action at one university would spread to others, eventually putting pressure on President Joe Biden and other political leaders to do more.

"Your weapon is your phone," Krzystolik said.

Hassall said Tuesday that future needs will remain in Ukraine. A friend told her about how she views her now-instinctive reactions to explosions: "'I’m just teaching myself that those reactions are here to stay for a long time.'"

She said parents are trying to do what they can to minimize the mental health impacts on their children.

"I do think about that stuff in the distant future," but until she's confident her loved ones are safe, she also has to live in the moment.

"I just want it to stop, and then we’ll move forward."

Phillip Sitter covers education for the Ames Tribune, including Iowa State University and PreK-12 schools in Ames and elsewhere in Story County. Phillip can be reached via email at psitter@gannett.com. He is on Twitter @pslifeisabeauty.