What is good about it?

BMW makes lavish and high-performance automobiles with heavily focused driving dynamics. Hence driving is a defining characteristic of every BMW car, even the so-called sport activity vehicles. And speaking of the SAVs, BMW’s most popular X5 provides luxury and performance, arguably the best of both worlds.

With the introduction of two new variants in the X5 range, the petrol engine version of this classy SUV has become more affordable. In fact, the petrol motor was only available in the range-topper M Sport that now powers the SportX Plus too. On the other hand, the new entry-level SportX Plus variants come with reasonably enough features and equipment. To start with, both the models get LED headlights, fog lamps and LED taillights as standard. Apart from that, these models share the same 19-inch alloy wheels. 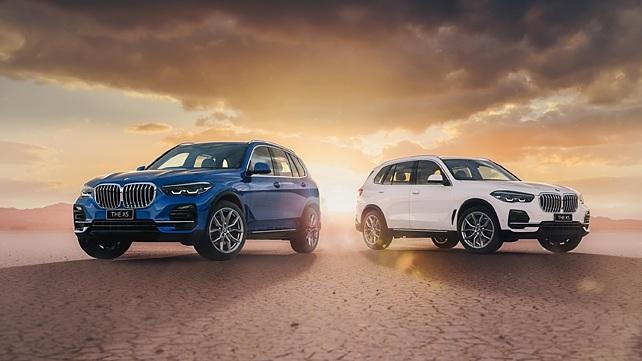 The most significant upgrades over the previous xDrive30d SportX are the four-zone temperature control, ‘Sensatec’ synthetic leather upholstery for the seats, aluminium footboards and tyre pressure monitoring system. Besides that, every inch of the new SportX Plus trims is identical to the SportX model.

On the inside, the luxurious cabin bears two 12.3-inch displays - one for the instrument cluster and another for the information touchscreen. BMW’s Live Cockpit Professional features the latest iteration of the iDrive, OS 7.0 that supports wireless Apple CarPlay and Android Auto. Meanwhile, the seats now wear Sensatec synthetic leather instead of genuine Vernasca leather.

The X5 is a great family car and certainly can be your daily driver if you prefer driving rather than being chauffeured. It has up to snuff boot space for your luggage, and its powered split tailgate makes loading and unloading the bags easier.

What is not so good about it?

Even though the SportX Plus variants are cheaper than the M Sport after taxes and registration fees, they will cost around Rs 90 lakh on-road. And for a price, the carmaker does not offer a 360 camera setup, high-end Harman Kardon sound system, BMW Adaptive LED headlights and limited exterior and interior colour choices.

Which variant to buy?