To paraphrase the fictional president Jed Bartlet, Apple journalists are the Charlie Brown of budget hardware. Again and again, Apple threatens to release a genuinely low-priced smartphone, and again and again, it whips away the football at the last moment. Oh good grief, we say, while falling on our butts.

In recent weeks pundits across the rumoursphere became convinced that the third-generation iPhone SE, which was announced Tuesday at Apple’s Peek Performance spring event, would be the truly budget-focused smartphone that the iPhone 5c and the two previous versions of the iPhone SE had promised. In a column last month I argued that the SE 3 would be another huge hit if Apple could keep the price under $400. A rumor later in the month predicted that the company could actually get it under $300, and possibly keep the SE 2 on sale for under $200. Those are terrifying numbers if you’re a budget Android manufacturer.

But here we are, looking at a new iPhone SE that actually costs slightlymore than its predecessor did at launch, with a price tag starting at $429 thanks to the 5G tax. It’s not that the SE is expensive; indeed, compared to the iPhone 13 Pro Max, the SE looks positively affordable. But given its antiquated design, it ought and could have been considerably cheaper, and opened up new markets and new opportunities.

Is the iPhone SE even good value any more?

The SE has always been a straightforward proposition: It’s a way of getting Apple’s latest smartphone chip at the lowest possible price. You just compromise in every other area.

Apple had lived up to that billing in the latest SE, delivering in a mid-price phone the astonishingly powerful A15 Bionic that we know and love from the far more expensive 13-series iPhones. But the A15 really is slumming it here, forced to live in a phone chassis that debuted with the iPhone 8 in 2017 and was itself largely a copy of the iPhone 6 from 2014: as my colleague Dom Preston puts it, the SE design “was an embarrassment two years ago”, and it’s “just scandalous” to ship it now. This a handsome design, but even Jon Hamm would be wearing out his welcome after eight years. 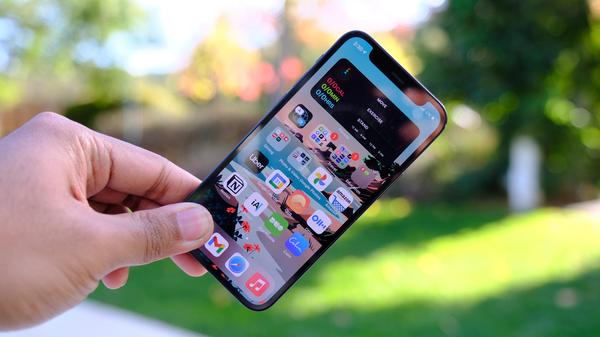 And this isn’t just a question of aesthetics. The “new” SE has a small screen by modern standards (4.7 inches), and this offers the same comparatively weak brightness and sharpness as the previous generation. The camera can offer new features thanks to the influence of the A15 but the actual hardware is unchanged. (And there’s no Night mode, note.) And you’re still rocking a Home button, which is good news for some but inescapably old-fashioned.

Really, it’s surprising that Apple managed to drag out the SE presentation as long as it did because this could be described in a sentence: It’s the second-gen iPhone SE, plus the A15 Bionic and 5G. Those are nice upgrades, but most people buying the SE would surely be happy to sacrifice such luxuries for a $299 or $199 price tag.

The budget road not travelled

It’s an old refrain, but when did Apple decide that it would only sell to rich people? The company used to be all about bringing cutting-edge technology to as many users as possible, and now it’s unveiling $1,999 Macs that don’t even come with a screen or a keyboard.

There’s a logic to Apple’s premium focus, since the perception of exclusivity, of a rarefied lifestyle, is part of the appeal, and premium users are lucrative targets for the subsequent selling of apps and subscription services. But it didn’t have to be this way. Apple could have been–and still could be, if Tim Cook wishes it–the company to truly democratise tech. Or at least the company to sell to rich and poor at the same time.

And it makes sense from a business perspective, too. There are millions of potential customers out there that are kept away from the Apple brand by the company’s high prices. Why has Apple given up this market to Android? Does it not like money?

It’s all very disappointing. But there is reason to hope. We are hearing that the next version of the iPhone SE will be the company’s first truly budget-focused smartphone, with a price tag within the reach of the average consumer. Now to run up and kick this football…

Note: When you purchase something after clicking links in our articles, we may earn a small commission. Read ouraffiliate link policyfor more details.

David has loved the iPhone since covering the original 2007 launch; later his obsession expanded to include the iPad and Apple Watch. He offers advice to owners (and prospective owners) of these devices.

Prev: No Charger, No EarPods Saves Apple $6.5B: Report

Next: Smart, Sassy and in Trouble