Asian markets “seem to be taking a breather” from their sell-off, but Wall Street’s retreat “may drive some wait-and-see as geopolitical risks show no signs of easing,” Yeap Jun Rong of IG said in a report.

“Inflation will pick up further” as prices of oil and other commodities rise due to the Ukraine war, Julian Evans-Pritchard of Capital Economics said in a report. That “will have a much more pronounced impact on the March figures.” 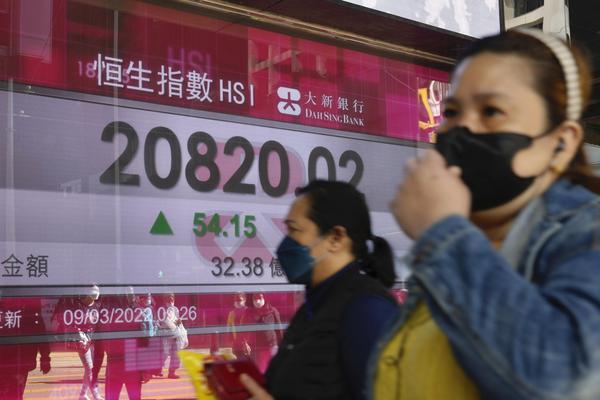 Commodities markets have been roiled by Putin’s war because Russia is the No. 2 oil exporter and the No. 3 supplier of nickel, which is used in making electric car batteries, stainless steel and other products. Russia and Ukraine also are among the biggest global sellers of wheat.

Nickel prices doubled Tuesday to more than $100,000 per metric ton, prompting the London Metal Exchange to suspend trading. The exchange issued an update saying it did not expect to resume trading before March 11 and was considering imposing a trading band when it does.

A major Chinese producer of nickel and stainless steel, Tsingshan Group, faces potential losses of billions of dollars on futures contracts, The Asian Wall Street Journal and Bloomberg News reported. A woman who answered the phone at privately owned Tsingshan’s headquarters hung up when told a reporter was calling.

On Tuesday, Biden announced the United States would block imports of Russian crude to punish Putin for attacking Ukraine. Biden said he acted in consultation with European allies but acknowledged they are more dependent on Russian oil and gas and might not be able to make similar moves immediately.

Biden said Tuesday he hopes to limit the pain for Americans, but he acknowledged the ban will push up gasoline prices.

“Defending freedom is going to cost us as well,” he said.

Before Putin’s invasion of Ukraine, financial markets already were uneasy about the global economic outlook as the Federal Reserve and other central banks prepare to try to cool inflation by withdrawing ultra-low interest rates and other stimulus.