Honor X20 5G launch date is revealed to be August 12th and the phone has already been leaked via live images. 91mobiles now brings you official Honor X20 5G renders along with the complete specifications of the device. Additionally, we also bring you renders and specifications of the Honor Play5T Pro. The information we have received comes from industry insider Ishan Agarwal, so it should be accurate. It isn’t clear, however, whether the Honor Play5T Pro will be launching alongside the Honor X20 5G on August 12th. Agarwal says the Play5T Pro will be coming soon though. 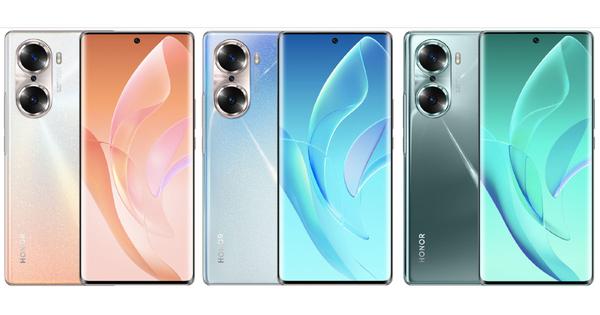 Starting off with the Honor X20 5G (as seen above), the phone comes with a pill-shaped punch-hole camera cutout on the corner of the display. The rear panel sees a circular camera module that houses three camera sensors and an LED flash. The Honor X20 will be available in Aurora Blue, Night Black, and Titanium Silver colours.

The Honor Play5T Pro, on the other hand, gets a single punch-hole camera on the top centre of the display. The rear panel sees a rectangular camera module that houses dual cameras and an LED flash. The Honor Play5T Pro features a side fingerprint sensor embedded in the power button.

The Honor Play5T Pro sports a 6.6-inch FHD+ LCD display. Powering the device is the MediaTek Helio G80 chipset paired with 8GB RAM and 128GB internal storage. The phone will also ship with Android 11-based Magic Ui 4.0. The Honor Play5T Pro gets a 64MP main camera and a 2MP depth sensor on the back. The front camera is a 16MP sensor for selfies and video calls. The phone packs a 4,000mAh battery and supports 22W fast charging. The Honor Play5T Pro measures 160.68 x 73.3 x 8.4mm and weighs 180 grams. This phone also comes with a Type-C port, headphone jack, and Bluetooth 5.1.