The Galaxy Tab S8 series is finally official after today’s big unveiling at Unpacked 2022. It’s not like there was much left to reveal after the sea of prior leaks, but at least we now have official confirmation straight from Samsung, which means it’s time to take a look at theNew versus theOld and see what has changed over the past year and a half.

The Galaxy Tab S8+ and Tab S7+ have a similar 12.4-inch Super AMOLED display with a resolution of 2800 x 1752 and a refresh rate of up to 120Hz. Both models have an in-display fingerprint sensor. So, not much has changed in regards to display technology.

However, the camera system is another story. This year, the Galaxy Tab S8+ features a 6MP ultra-wide camera next to the usual 13MP primary shooter. This is a mild upgrade over the 5MP ultra-wide sensor that’s used by the Tab S7+.

Additionally, the new tablet has an upgraded selfie sensor of 12MP, up from 8MP. The resolution is higher, but real-life tests will tell a clearer story. Stay tuned for our upcoming reviews and we’ll discuss camera performance in more detail.

Under the hood, the Galaxy Tab S8+ and Tab S7+ continue to share some similarities, though they’re far from identical. Granted, both tablets have a 10,090mAh battery with 45W fast-charging capabilities, as well as similar connectivity features.

Beyond that, the new Galaxy Tab S8+ uses a more powerful Qualcomm chipset, namely the Snapdragon 8 Gen 1. It represents the best the mobile world has to offer as of now, and thanks to its addition, users will have all sorts of performance at their disposal. This is the same chipset that powers the Galaxy Tab S8 Ultra model.

As far as memory options go, the Galaxy Tab S8+ has upgraded RAM, but onboard storage took a bit of a hit. While the new model has 8GB of RAM minimum with an option for 12GB (up from 6/8GB), storage is limited to 128/256GB, and Samsung has no plans for a 512GB variant. The latter option was reserved for the Tab S8 Ultra.

‘Armor Aluminum’ appears to be the new buzzword for Samsung, but it does bring real benefits to the latest tablet series. This material was first used for the Galaxy Z Fold 3 and Z Flip 3 frames, and Samsung is now using the same Armor Aluminum solution for the Galaxy S22 and Galaxy Tab S8 lineups.

Compared to the Galaxy Tab S7+, Samsung claims that the Tab S8+ is 40% less likely to bend, and it’s all thanks to the use of this new ‘Armor’ material. 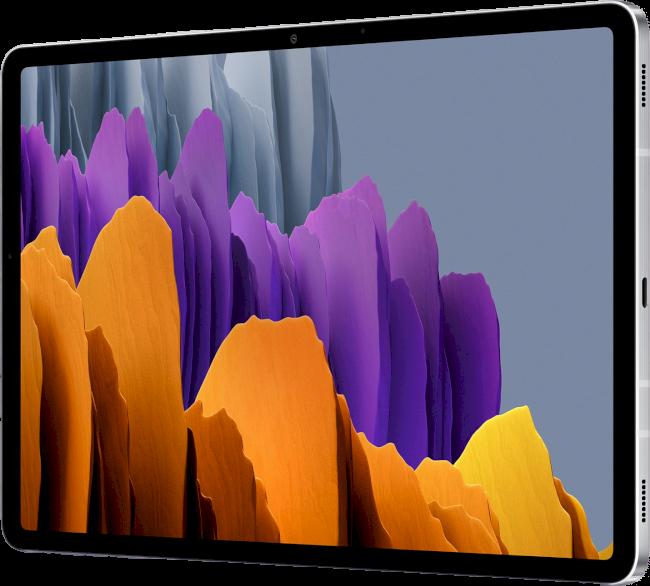 The overall build quality is fantastic as always. The Tab S8+ retains the flat edges, and like the 2020 model, it carries the S Pen alongside the back panel thanks to a magnetic strip.

Samsung improved the S Pen experience this year with a couple of main additions. Firstly, Collaboration View allows Galaxy Tab S8 and S22 Ultra customers to sync these devices and use both, at the same time, in apps such as Samsung Notes. The smaller device can be used as a toolset, leaving the tablet free of UI elements.

More so, Clip Studio Paint (which debuted with the Galaxy Tab S7 series) now allows a similar type of connection with a Galaxy smartphone, wherein the latter can double as a toolset for the S Pen and connected Tab S8.

Finally, for customers that may need powerful video editing tools, Samsung is bringing LumaFusion to the Galaxy Tab S8 series for the first time. It has multi-track editing capabilities and tons of effects and transitions.

Keep in mind that these features could also be coming to the Galaxy Tab S7+ at some point in the near future, but right now, they’re available for the Galaxy Tab S8+ out of the box.

Besides, while the Galaxy Tab S8+ ships with Android 12 and promises four Android OS upgrades thanks to Samsung’s new firmware policy, the Tab S7+ will receive Android 13 at most. So, if you’re looking for a more future-proof tablet, the Galaxy Tab S8+ is definitely it.

Unsurprisingly, the Galaxy Tab S8+ is more powerful than the Galaxy Tab S7+. Sixteen months can be a long time for mobile flagship chipsets, so you can be sure that the Snapdragon 8 Gen 1 delivers a superior experience.

But beyond the expected hardware upgrades, the Galaxy Tab S8+ features new and improved S Pen tools, as well as better firmware support. It’s also a lot more resilient than the Galaxy Tab S7+, so overall, it looks like a worthy sequel.

If you don’t own an Android tablet and you’d like to change that, the Galaxy Tab S8+ is undoubtedly a more sensible choice than the Tab S7+ — unless, of course, you can find the 2020 Samsung tablet at an incredible discount.

For brand-new customers, his year’s model is a clear winner, but whether or not an upgrade from the Tab S7+ is worth it depends a lot on your local trade-in deals.

Regardless, the Galaxy Tab S8+ will last a lot longer thanks to its four future Android OS updates and upgraded performance.

Prev: Samsung Galaxy Tab S8: Everything you need to know

Next: List of Sealed Building in Mumbai As on August 12