Specifications: Not at par with competitors!

Gionee A1 Lite comes with 3GB of RAM and is powered by 1.3GHz octa-core MediaTek MT6753 processor. Graphics are renders through Mali T-720 GPU. The smartphone comes with 32GB inbuilt storage which is expandable to 256GB via microSD card support.

The device has a 5.3-inch HD display with 720*1280 pixels of resolution. The front camera boasts a 20-megapixel sensor whereas the rear snapper has a 13-megapixel sensor. The device is packed with a 4,000mAh battery. It has micro USB 2.0 support along with finger print sensor on the rear panel. There are brands that are offering 4GB RAM in the same price segment along-with a Full HD display. Gionee might be looking at adding up to the revenue using the brand value of Gionee A1 series of handsets.

Gionee A1 Lite has infiltrated its respective price segment with a beautifully designed smartphone that will certain reign the preference of consumers looking for a handset with providing aesthetics. The design does not try to minimize bezels by adding dark patches at the corners; it rather uses the side bezel to enhance the looks.

Talking of front and rear panel, the smartphone has an all white front face with a glossy texture. The camera along with a microphone, LED flash and sensors rests on top while the bottom of the front panel is acquired by three capacitive touch buttons.

The SIM tray is placed on the left side edge while the right side edge houses the volume rockers and lock/unlock toggle. The micro USB 2.0 port and 3.5 mm audio jack are at the base.

The device is all metal in Gold color. It looks good and fits comfortably in one hand. It feels a bit too heavy for single hand use however a perfect grip on the phone assures it won't drop out.

Gionee A1 Lite has a 20MP front camera and a 13MP rear camera. This fact alone clarifies that the handset is selfie centric. The front camera of Gionee A1 Lite is supported by an LED flash which enables users to click pictures in dark conditions. The camera anyway clicks bright pictures. It manages to develop good pictures even in non-supporting light conditions without flash. The camera app also proffers users several options to enhance pictures. 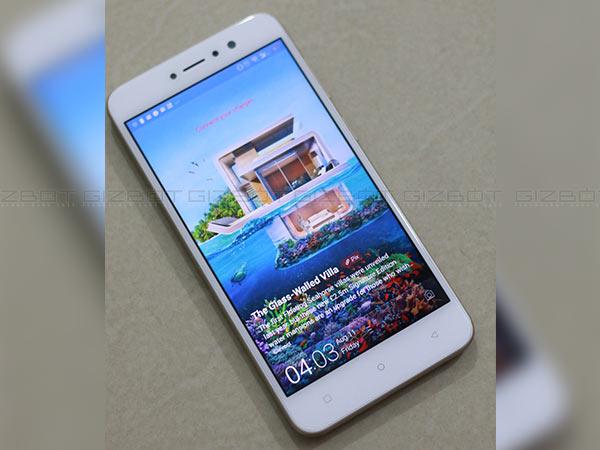 Gionee A1 Lite captures mesmerizing photos, club them with an Instagram filters and you have the perfect recipe for social media likes.

Like every other smartphone camera, Gionee A1 Lite too has its own limitations. The highlights are often blown when you click a picture against the light, which is rather unnatural. The camera is capable of capturing sharp pictures, however, at times it rather gives you a kind of false illusion that you just clicked a really sharp photograph although it doesn't.

The smartphone camera beats the competition easily in the price range.

Gionee A1 Lite has an octa-core processor which gives it enough power to pull through stacks of apps. The device can also run heavy applications and games rather smoothly; although over heating is an issue that it has to deal with after a long run.

The handset offers several features to users including an extreme mode that limits the battery use taking away the smart from the smartphone. In Extreme mode, users get an extended battery life while all the systems except the option to place and receive calls and text messaging are shut.

The UI has yet another feature which allows users to operate two apps simultaneously with each app acquiring at most half of the screen area.

It also offers the option to record screenshots as videos.

Hardware: Functions without a glitch!

The hardware configuration on the Gionee A1 Lite has been optimized to function without a glitch and it does just that. One may rightly point out that the specifications are not at par with the competitors on this device. However, whatever specification the device hosts functions well enough.

Finger print sensor and battery life: Serving their purpose all too well

he smartphone has a workable fingerprint sensor. It is placed below the rear camera and it takes least effort to reach the sensor. The sensor is quick and accurate, although as is the case with fingerprint sensors on the rear panel, it takes a little time to get used to picking up the device every time you need to unlock it.

The battery on the device is 4,000mAh of a beast which is enough to last 24 hours. It also has an extreme mode that gives you an option to put your smartphone to extreme battery saving conditions and with full charge enables the device to survive 160+ hours.

Normally the battery survives for 18 hours which includes long sessions of gaming. Under normal usage, you will most certainly get a 24-hour battery backup.

The device charges quite fast given the big battery and juices up from zero to 100 percent in a couple of hours.

The 5.3-inch IPS LCD display of the device is both vibrant and bright. It gives you a commendable visual and graphics quality making it a well-suited device for gamers as well as movie buffs. Although there are devices in the same price segment that offer Full HD display and hardcore graphics Nazis can certainly keep an eye out for a better device.

The daylight performance of the display is satisfactory. I would recommend that you use a light colored theme on the device if you spend most of the day outdoors.

The speakers on this device have a pleasing quality . Although the speaker is a bit low on the volume front, Gionee has not compromised with the audio quality. However, there is an issue with the speakers. With volume on the lower end and speakers placed on the back of the device you will face the problem of unheard ring tones and difficulty in listening to audio in crowded and noisy ambiance.

Conclusion: A performance device with its own set of disadvantages

Gionee A1 Lite has few shortcomings and will face a tough competition from other devices at a price-point of Rs. 15k. Gamers, movie buffs, battery killing users and camera enthusiast will all develop a liking for this device, however, there are smartphones in the market that offer better specifications especially in terms of display and one should certainly explore more before investing in Gionee A1 Lite

Gionee A1 Lite offers a beautiful design along with great performance. It would stand against a number of performing smartphones including Moto G5 Plus and Asus Zenfone 3s Max.

It would also be interesting to see how it compares to Xiaomi Redmi Note 4 which has taken over the market soon after its launch.

Prev: Culture 'Call of Duty: Warzone' to Come to Apple iPhone and iPad | Activision Looks for Engineers, Designers, and More

Next: Gionee A1 Plus First Impressions: Big phablet with an impressive dual-rear camera setup