Gionee A1 can capture some great selfies with its 16MP front camera and can easily last two days with its big 4,010mAh battery unitByRohit|

Gionee showcased two smartphones- Gionee A1 Plus and A1 in this year's Mobile World Congress (MWC 2017), Barcelona.

Designed to please selfie lovers, the smartphones challenge the likes of Vivo V5, Vivo V5 Plus, OPPO F1s, OPPO F3 Plus and other selfie-centered smartphones priced in sub Rs. 30,000 in the Indian market.

During an event in New Delhi, the company announced the launch of Gionee A1, however the bigger one- the A1 Plus skipped the launch for the time being. We are using the smartphone for around a week and here's what we think of the mid-ranger 'Gionee A1' selfie smartphone.

Please note that the highlight features of the smartphone are first taken in account in the following review.

The selfie-centered Gionee A1 features a 16MP front camera to please consumers who are bitten by the selfie bug. You also get LED flashlight at front that can brighten up the images in non-ideal light conditions, so that you capture even more selfies, and why not when the camera actually does a decent job capturing self portraits.

The pictures taken from the front camera look good on the full HD screen and have natural colour tones to them. The 16MP sensor is able to capture a wide angle view so that you can also fit your gang in the selfies you capture on parties and outings.

Gionee A1's direct competitor is Vivo V5. I tested both the handsets side by side and found that the images captured by the Vivo V5's 20MP camera are more detailed; however the 20MP camera is not the perfect fit for group selfies where Gionee A1 seems to take the lead.

You also get Face beauty mode that has now become a standard feature in most of the smartphones to soften the image in order to make your selfies look more appealing.

Coming on to the 13MP rear camera, it captures good quality images in well-lit conditions but the performance could have been better. The 13MP sensor captures fair amount of light and color to produce images with mostly accurate color tones.

But the results in low-light situations are not impressive as noise becomes quite evident. Besides, I had a tough time in capturing macro shots as the sluggish 13MP rear sensor takes its sweet time to focus on subjects that are really close.

Moreover, the HDR mode is a bit off as no matter how firm you hold the device, the images look blurry. It seems the HDR algorithm just softens the images more than the required amount.

Where the camera excels is the number of modes and features it offers to users, which can truly please the photography enthusiast. You have a Pro mode that allows you to tweak ISO, exposure, shutter speed, white balance, etc.

You also get a variety of others including slow-motion, time-lapse, smart scene, text recognition, smart scan, GIF, PicNote, mood photo, card scanner, and even a translation mode that can come quite handy if you are an avid traveler.

Overall, Gionee A1 seems to be a decent camera device as far as front camera and the variety of modes and features the camera app has to offer. The rear camera is only good for day-light photography. 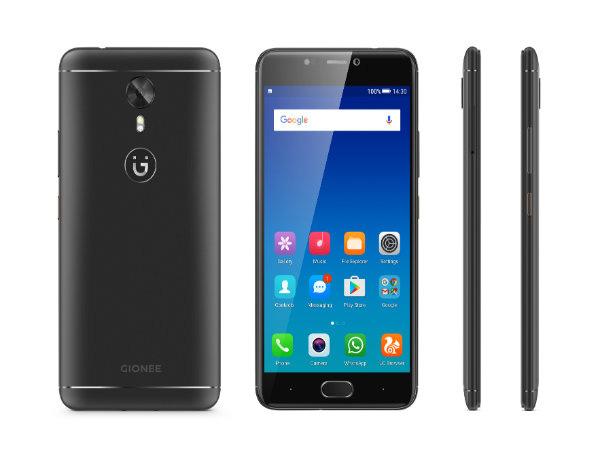 Battery: Lives up to expectations

Coming on to second most important aspect of the Gionee A1, the smartphone is backed by a big 4,010 mAh battery unit that managed to last for a bit more than a day and half in my usage.

The smartphone was subjected to all customary day-today tasks such as calling, texting, social networking, high camera usage, video streaming through YouTube, etc. It is worth mentioning that after using the handset for a day and half, I had to activate the 'Power Saving Mode' and the 'Extreme Mode' to make it last for a bit longer.

Gionee A1 also supports ultra fast charging to give an instant boost to the large battery unit.

There's no denying the fact that almost every other Chinese smartphone launched in the market looks identical. Irrespective of the price-point, you get good specifications and features tucked inside metal and glass body. The same can be said for Gionee A1 that offers a premium metal unibody design, but fails to offer something new to the users.

Gionee A1 is made out of metal and feels quite sturdy in hands. The smartphone has a noticeable weight (182g) due to its large 4,080mAH battery unit, but the weight distribution is very well managed and the handset does not feel bulky while using with one hand.

You get a crisp 5.5-inch screen surrounded by white bezels. The right side of the handset has volume rockers and power button that offers good feedback, while the hybrid SIM card tray is placed on the left edge. You can click the power button thrice to trigger the panic button that automatically connects the call to the emergency number, a handy feature in emergency situation.

The clickable home button on the front has the fingerprint sensor embedded in it that unlocks the handset in a jiffy. However, the same home button does not offer a good tactile feedback upon pressing. The 3.5mm headphone jack is placed on top.

Overall, the Gionee A1 has an ergonomic design and looks quite premium, however there's nothing surprising about its design.

The screen also has good level of brightness and colours pop out quite well. Besides, the IPS panel makes sure the colours displayed have natural tone to them for a balanced multimedia viewing experience. I also tested the display in outdoors and the good sunlight legibility made it possible to use the smartphone in direct sunlight.

Software: A delight for users who love to customize their handsets, but you also get Bloatwares

Gionee A1 runs on Gionee's proprietary Amigo OS 4.0 based on the latest Android 7.0 Nougat. The Amigo OS is one of the most intuitive and customizable software layer we have tested on Chinese Android handsets.

There's a dedicated online marketplace where you can download themes, wallpapers and widgets to customize the look and feel of your handset. The settings menu also allows you to set smart gestures and manage touch capacitive buttons functionality to operate the handset with an ease in everyday usage.

Besides, there are several nifty smart settings such as glove mode, edge bar that brings a window of predefined controls on the edges of the screen and skylight mode to make it easy to use the touch screen in case you have applied a flip cover on your smartphone.

The user interface is smooth and I did not come across any app crashes in my usage. Gionee has put efforts in customizing widgets and the overall look and feel, and the results are quite pleasing.

It is worth mentioning that the control center with the basic settings such as Wi-Fi, GPS, Bluetooth, etc. can be accessed by swiping up from the bottom, like you get with the iOS devices and not like the traditional Android smartphones.

Gionee A1 is a capable device as far as computing and multitasking is concerned. The smartphone is backed by a MediaTek Helio P10 chipset paired with 4GB of RAM. The handset can easily handle general tasks such as browsing, video playback, multiple apps, split screen feature where you can run two apps on a same screen, social networking apps and all day-to-day tasks.

I didn't come across any lag or slow downs at any point during light tasks. Moreover, heavy duty tasks such as photo editing and gaming also seemed to be just fine. However you will not get the kind of raw power that devices like OnePlus 3 and its category tend to deliver. But then the considerable price difference also needs to be taken in account.

Storage will not be an issue for users as Gionee A1 comes with 64GB of internal storage that can be expanded by up to 128GB via microSD card. As far as connectivity goes, Gionee A1 has Wi-Fi, Bluetooth, dual-SIM support, 4G LTE and VoLTE and GPS.

The fingerprint scanner embedded on the home-button is quite snappy and I also did not face any call quality issues on the handset.

Gionee A1 seems to be a decent mid-range Android handset for consumers who love to capture selfies and don't want to compromise on battery performance. The smartphone feels sturdy and offers a premium design.

The 5.5-inch Full HD display is crisp and vivid and software performance is also smooth. And while the front camera delivers good selfies, the rear camera is just an average performer. Connectivity, storage and audio quality are also good on the handset. Buy it for long lasing battery and a good selfie experience.

Next: Gionee A1 Plus review: Reliable dual-camera phablet with long battery life