While we will not get to enjoy an Auto Expo this February, the auto industry is going to keep on rolling ahead with a host of new cars lined up for launch. It’s mostly SUVs again, but here’s a quick rundown of the new models you can expect to buy in the coming month:

The most anticipated new car to launch in February will be the new Baleno. It is getting a comprehensive facelift with significant cosmetic updates front and rear, a new dashboard and a few new features. Maruti has already started rolling out units of the updated hatchback from its production facilities. The new Baleno is also due to get a CNG variant for the first time but it may not be offered at the launch of the facelift.

Prices for the Kia Carens will finally be announced in February, likely in the first week, with pre-bookings open since mid-January. Its variant-wise details and specifications have already been revealed. The Carens will be available with the same engines as the Seltos compact SUV and gets six airbags as standard. Our first drive review will be out soon as well.

Rivals: It has no direct rivals. 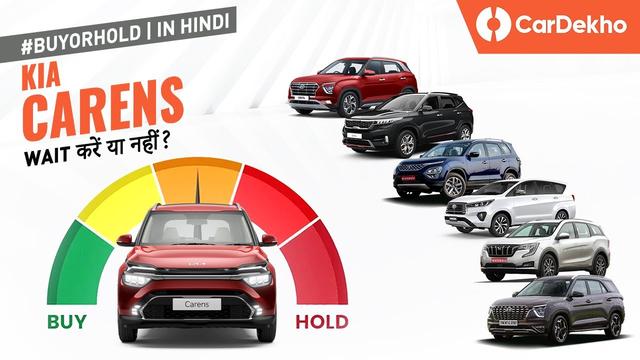 There are a couple of big launches lined up for Jeep in India this year and it’ll likely start off with the Trailhawk variant of the facelifted Compass. It is the variant that caters to off-road enthusiasts with different bumpers for better approach and departure angles. The Compass already comes with 4WD and terrain modes but only with the 2-litre diesel engine. The Trailhawk variant is expected to be offered with the 9-speed automatic transmission only.

The new-gen Lexus NX luxury compact SUV is expected to launch this February after pre-bookings opened in the second half of January. Its exterior looks sharper than before and it also gets a more modern interior with its new dashboard and larger displays. It will continue to be offered in a single powertrain option as the NX350h with a 2.5-litre petrol engine and an electric motor.

The largest Audi SUV is coming back to showrooms in India in its facelifted avatar. It is slated to launch on February 3 and bookings are already underway for a deposit of Rs 5 lakh. The new Q7 will only be offered with a 3-litre turbo-petrol engine paired with an 8-speed automatic transmission distributing its 340PS/500Nm to all four wheels.

The Wagon R is getting its first update since the current generation debuted in 2018. This updated version of the hatchback has been spotted testing a few times but always under wraps and not much is known about it. It is expected to get minor cosmetic updates only and maybe a couple of new features.

Note:- Luxury brands such as Mercedes-Benz and BMW are likely to introduce a new model or variant in February, but there have been no official announcements at the time of publishing this article.

(All prices mentioned above are ex-showroom)