Everything comes to an end. Software updates for smartphones are no exception. Admittedly, that sounded more dramatic than it should have, but for all those who own a OnePlus 6 or OnePlus 6T, there will be no more updates from OnePlus in the future. The official software support has been discontinued, and thus the security update from last November is the latest version for the former flagship. 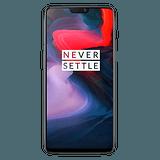 With the release of the OnePlus 6 in 2018, OnePlus made a promise to fans: "The smartphone will receive security updates for three years." Now that the phone is almost four years old, it can be confidently said that OnePlus has kept its promise. In an official forum post, the manufacturer announced that there would be no more software updates for the aging smartphone.

After 3 major updates and more than 3 years of updates, around 60 Closed Beta builds and over 30 Open Beta builds it's now time to close a chapter and announce the end of OnePlus 6 and 6T official software support. - Abdul B. , OnePlus Forum

This statement makes Oxygen 11.1.2.2 the last update for the OnePlus 6 and OnePlus 6T. The update has been available since November 2021. If you haven't downloaded it yet, it's best to check outSettings > System > System Updates. There you can download the final update manually.

However, if you own a more recent OnePlus smartphone, you do not have to worry for now. In July 2021, the Chinese manufacturer published a maintenance plan for the coming years. It lists all smartphones starting with the OnePlus 8 that are in OnePlus' three-year update plan and receive corresponding updates.

The OnePlus 7 was not listed, either. Accordingly, it is only a matter of time until the flagship from 2019 does not receive any more security updates. With the release of the OnePlus 10, the OnePlus 7 and OnePlus 7T should also be on the hit list. However, you should not expect the service to be discontinued before 2023.

Are you still using a OnePlus 6 or OnePlus 6T? Would now be the right time for you to switch to a newer model? Let us know in the comments!