The sequel to the Nokia G20 has arrived and it comes with improvements to the battery, screen and camera. None of the upgrades will make your head spin, no, the company is focused on sensible, reliable designs.

That reliability is best expressed in Nokia G21’s top feature – running for three days between charges on its 5,050 mAh battery. HMD made improvements to its power saving modes, making them less restrictive. This allowed the company to enable the first level of battery saving at 20% (instead of 10%), at 10% you get the second level of power saving to extend battery life even further.

We should note that the original G20 also came with a 5,050 mAh battery and also promised 3-day battery life. HMD did increase the maximum charging speed, bringing it up to 18W (USB PD 3.0 compatible). However, the phone ships with only a 10W adapter in the box so you'll need to supply your own charger to see a benefit. Another improvement is that HMD managed to make the phone 5% slimmer, going from 9.2mm to 8.5mm.

The second big upgrade on the G21 is a high refresh rate display – 6.5” LCD running at up to 90Hz, a first for the G-series. Another first for the series is that it can stream Netflix in HD, which is all it needs since the display still has 720p+ resolution. Also, if you want that 3-day battery life, you should enable adaptive mode for the display so that it can drop to 60 Hz to save battery when 90 Hz isn’t needed.

Next up, the camera. It has a new 50MP sensor for the main cam (the G20 had a 48MP sensor). HMD is mum on lens aperture and sensor size detail, focusing instead on the Super Resolution feature that enhances the detail of captured images. There is a Night mode too. All that is nice, but the 5MP ultrawide of the G20 has gone missing, leaving only a 2MP macro cam and a 2MP depth sensor. 5MP wasn’t much, but it was better than nothing. 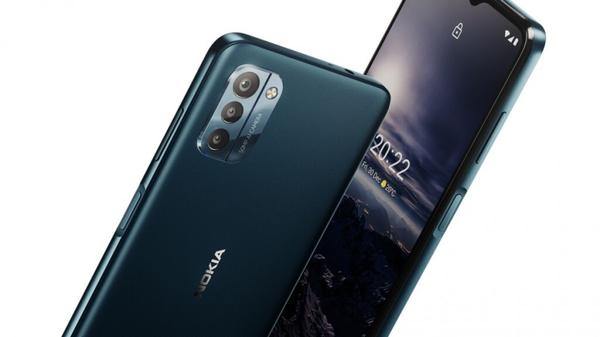 Also part of the chipset is a Cat. 4 LTE modem. The G-series may already have a 5G offering, but this phone sticks to 4G. Anyway, the chipset is paired with 4GB of RAM and 64GB or 128GB of storage. This is a dual-SIM phone with a triple card slot, so you can always add more storage with a microSD card.

The G21 is “ready for Android 12”, which is another way of saying that it arrives in 2021 running Android 11. As part of HMD’s usual software support schedule, it will receive two OS upgrades (i.e. Android 12 and 13) and three years of security patches. According to HMD, it releases twice as many security patches as the competition. By the way, the G21 will come with Spotify and ExpressVPN pre-installed (with a 30-day free trial for the VPN).

Like before, the phone has a side-mounted fingerprint reader. It also comes with an improved face unlock that can recognize you with and without a mask on.

The Nokia G21 will be available soon for €170 (the G20 launched at €160). The new model will come in two colorways, Nordic Blue and Dusk, and will include a 10W charger and USB cable in the box. Some regions are also getting a headset, screen protector and a jelly case. Speaking of, the Clear Case for the G21 is made out of 100% recycled materials and will be available from Nokia.com.

The phone has a 3.5mm headphone jack, which you can use with the Nokia Wired Headphones with 40mm drivers, soft over-ear cushions and a foldable design. These will sell for $31 and have a wireless version with 62 hour battery life and a $50 price tag.

Next: iPhone SE vs. iPhone 11: Which of Apple’s cheapest phones is the smartest buy?