Nokia Mobile, or HMD Global if you like, licensed Nokia name for smartphones and tablets. We saw a lot of phones since 2016, but never a tablet from the startup. The time just wasn’t right to bring that kind of product, but COVID pandemics made tablets popular again, and Nokia Mobile is now finally bringing an affordable, durable and usable tablet to the general public.

Nokia T20 is the first tablet from Nokia Mobile, and also the first tablet since Nokia N1 which was launched back in 2014. Additionally, Nokia T20 introduces new T series of Nokia devices which suggests that the T20 is just the beginning.

This device is covering the basics of the affordable tablet, but there are some shining points like a nice Nordic design, good build quality, wide 2K display and two years of OS updates that will be followed with 3 years of security updates. Nokia Mobile was able to make this tablet get Android Enterprise Recommended badge which opens doors for creating business deals with companies that need a device they can trust.

The body of the device is made out of sandblasted aluminium and shares design lines with some latest Nokia phones. It is housing a 10.36-inches large 2K display which is protected with a toughened glass and bonded with the sturdy body over a 3D moulded display frame. Even though the max display brightness of 400 nits suggests that the tablet is designed for indoor use, it is coming with IP52 rating which means it is dust and water drops proof. Beneath the display a large 8200 mAh battery is hidden, which supports 15W charging but it will not be used since T20 is shipped with a 10W charger. With this battery, Nokia T20 should give you some 10 hours of video streaming time, 15 hours of web surfing or 7 hours of video calling time. There is also a UNISOC T610 8-core processor (2*A75 1.8Ghz + 6*A55 1.8Ghz) which is paired with 3GB or 4GB of RAM and 32 or 64GB of internal memory. This is a strange choice of processor, but for an affordable tablet, it just might work well.

Nokia T20 is coming with 2 microphones placed on the top and 2 stereo speakers which are positioned on the sides. Interestingly, speakers are coming with a power amplifier, and to fully enjoy the sound there is OZO Audio recording and OZO Playback to boost the sound quality. The power button is placed on the right side, and it is not equipped with a fingerprint scanner, but the table does support face unlocking. 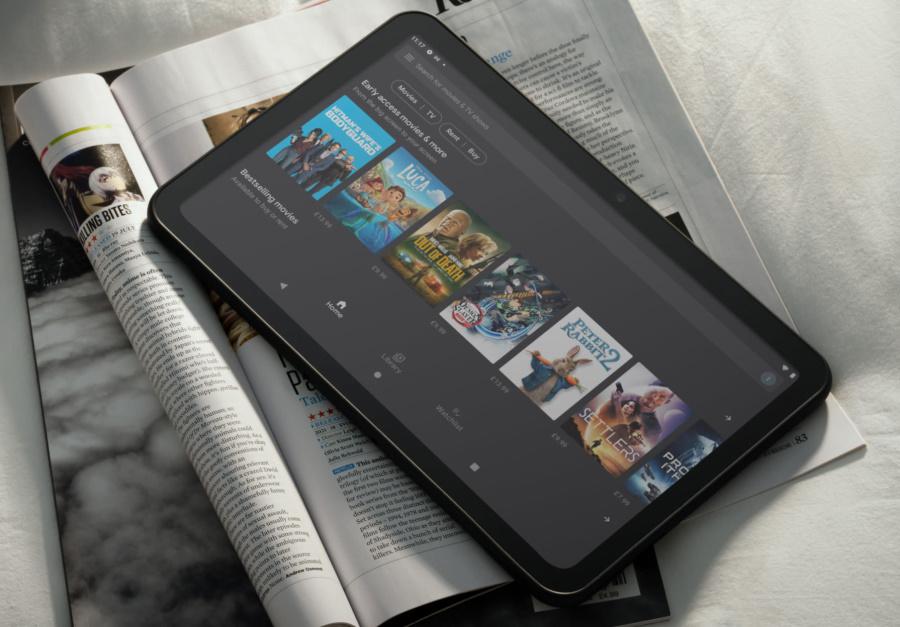 The camera setup is not so important on the tablet, but for video calls, there is a rather basic 8MP main camera at the back with autofocus and LED flash and a 5MP front camera for all the video calls you are going to be doing.

Here are the specs of the device:

Nokia Mobile is also announcing some accessories that will go perfectly with the Nokia T20.

The first one is Nokia Rugged cover which should make the tablet last longer. The price of the cover is set at £39.99.

There is also the Nokia T20 Flip Cover which can be used as a stand and will set you back for £49.99. But, for the next three weeks, folks in the UK will be able to get it for 50% less.

Prev: Nokia T20 announced for Malaysia with goodies and at great price

Next: Hands on: Realme GT 2 review