Realme recently launched the Narzo 50 in India. The vanilla Narzo 50 was the third smartphone under the series in India. It looks like another budget smartphone under the Narzo 50 series is making its way to India. Realme Narzo 50A Prime is expected to launch soon in India. The device is listed on multiple certification websites. The latest listing on the Bureau of Indian Standards (BIS) and NBTC certification websites. The listings suggest that Realme might launch the budget smartphone very soon.

The official launch date remains unknown. While we wait for that, let’s take a look at the Realme Narzo 50A Prime specifications, features and other details. 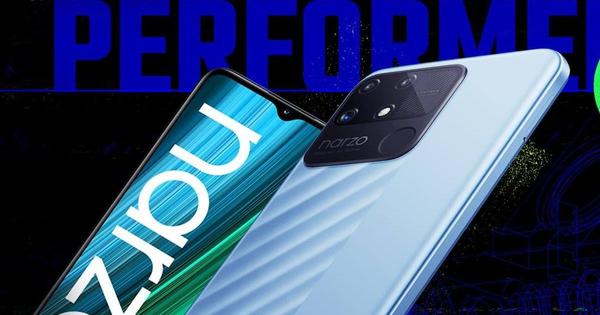 The listing of the Realme Narzo 50A Prime on the BIS and NBTC certification website hints at an imminent launch of the budget smartphone. It has the model number RMX3516. The listing on BIS does not reveal any other specs. The device’s moniker, however, was confirmed on the NBTC website, which has the same model number.

Previously, the phone was spotted on the China Quality Certification website. It revealed that the phone has a 4890mAh capacity battery. Realme might market the device’s typical battery capacity as 5000 mAh. The listing further confirmed that the phone will run Android 11 out of the box. It will have a layer of Realme UI 2.0 on top. We can expect the Android 12 update to roll out later this year.

An FCC listing revealed that the phone measures 164.30 × 75.60 × 8.15mm and weighs about 193 grams. It is also said to support 18W fast charging out of the box. Other details of the device remain unknown. We will share them once available. Based on the specs, we can expect the phone to sit below the Narzo 50 in India. The 50A Prime could be priced at around Rs 10,000 in India. What are your thoughts on the Realme Narzo series? Do let us know in the comments below.

Next: Best smartphones to get under 10,000 from Amazon Sale