The Realme V25 is set to be launched on March 3. It has passed through Geekbench certification thus confirming some key specifications in the process. The device scored 687 in the single core tests, and it scored around 2022 in the multi-core tests on Geekbench.

The Realme V25 is powered by the Snapdragon 695 SoC, it runs Android 12, and has 12GB of RAM onboard. It will also have a 6GB and 8GB RAM variant. The official teaser released by the company has also confirmed the rear panel design of the upcoming smartphone.

The Realme V25 will sport a colour changing photochromic back cover. This is a new color-changing design that emerged with the Realme 9 Pro and Realme 9 Pro+. 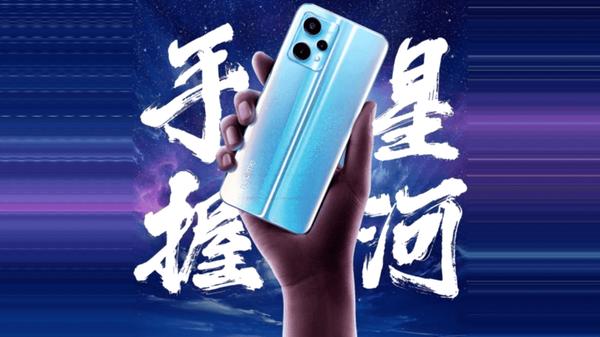 The launch event is scheduled to commence in China at 2 pm local time (11:30 am IST). Based on the teaser, the upcoming Realme V25 will sport a triple camera setup at the back. It comprises a 64 megapixel primary camera and two 2MP depth and macro lenses at the back. Also, the front panel could feature a 16MP shooter for selfies and video calling.

Most of the specifications and features of the Realme V25 are still under wraps. However, according to leaks and rumours, the Realme V25 could sport a 6.58-inch LCD panel with FHD+ resolution and a 120Hz refresh rate. Under the hood, the phone is likely to pack a Snapdragon 695 SoC.

It will also have a side-mounted fingerprint sensor for security purposes. The smartphone might draw power from a 5000mAh battery with 33W fast charging support. The smartphone is said to measure around 164.3 x 75.6 x 8.5mm and will weigh around 195 grams.

The Realme V25 looks suspiciously similar to the recently announced Realme 9 series, and it could very well be a rebranded version of it. The Realme 9 Pro and 9 Pro+ come with a Snapdragon 695 SoC, 6.6 inch FullHD+ 120Hz LCD, Android 12-based Realme UI 3.0, side-mounted fingerprint reader, and 5,000 mAh battery with 33W charging.

Next: 23 great iPhone games you can download right now