With the increasing stringency of emission norms, most manufacturers have decided to downsize their engines in order to comply with the new rules, which is better for both the environment and carmakers since smaller engines have a better fuel efficiency too.

However, smaller engines result in less power and torque output as well. As a solution to that, a range of automakers now offer turbocharged petrol engines on compact cars too now. But how affordable have turbo-petrol cars actually become? 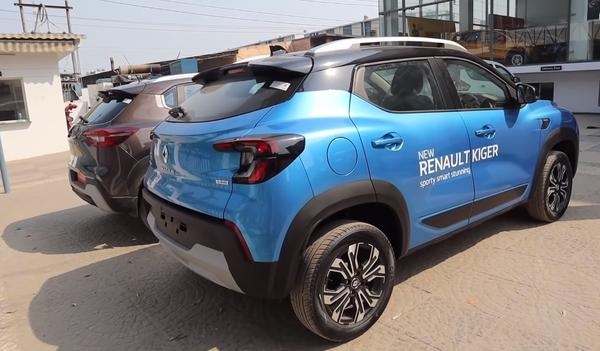 Before the VW Polo Turbo Edition’s arrival, the Nissan Magnite was the most affordable turbo-petrol car in India, but now, the two cars share the feat since the Magnite Turbo XL MT is priced at Rs 6.99 lakh. Apart from that, the XV Turbo MT (Rs 7.68 lakh) and the XL Turbo CVT (Rs 7.89 lakh) are also priced under Rs 8 lakh (all prices, ex-showroom).

The Renault Kiger is the newest entrant in the sub-4m SUV segment and the car shares its underpinnings and powertrains with the aforementioned Nissan Magnite. Two turbo-petrol variants of the car are priced under Rs 8 lakh, namely RXL Turbo MT and RXT Turbo MT, priced at Rs 7.14 lakh and Rs 7.60 lakh (all prices, ex-showroom).

Tata recently introduced the turbo-petrol version of the Altroz premium hatch, and the new powertrain is clearly a step up from its naturally aspirated version. That said, the Altroz iTurbo XT (Rs 7.73 lakh) is currently the only turbocharged petrol variant of the car that is currently priced under Rs 8 lakh (both prices, ex-showroom).

The Hyundai Grand i10 Nios Turbo is the quickest sub-Rs 10 lakh car in the Indian market, and the car gets a 1.0-litre turbo petrol engine that generates 100 PS and 172 Nm. Under Rs 8 lakh, you can purchase the Sportz Turbo variant of the car which is priced at Rs 7.81 lakh (ex-showroom).

The Tata Nexon is offered with a 1.2-litre three-cylinder turbocharged petrol engine that churns out 120 PS of maximum power, along with 170 Nm of peak torque. The car is currently priced between Rs 7.09 lakh and Rs 12.79 lakh, but only two turbo-petrol variants can be purchased under Rs 8 lakh i.e. XE and XM, priced at Rs 7.10 lakh and Rs 7.99 lakh (all prices, ex-showroom).

The Skoda Rapid is the most affordable C-segment sedan in India, and is offered with a sole 1.0-litre TSI engine rated at 110 PS/175 Nm. The Rider variant of the car is priced at Rs 7.79 lakh (ex-showroom), and can be had with a 6-speed manual transmission only. This is the only variant of the Skoda Rapid that is priced under Rs 8 lakh.

The Mahindra XUV300 is offered with a 1.2-litre turbocharged petrol engine that makes 110 PS and 200 Nm, and can be had with either a 6-speed MT or an optional AMT. Under Rs 8 lakh, you can purchase only the entry-level W4 variant of the XUV300, which is currently retailed at a base price of Rs 7.95 lakh (ex-showroom).