Here, we have listed the highly-anticipated seven-seater SUVs and MPVs that will be launching in the Indian market by 2022-end

For the automobile industry, 2020 was an extremely challenging year, and 2021 turned out to be only slightly better. However, the Indian market is expected to see a major recovery in the coming times, and many automakers are preparing to launch a few new models in the near future, in order to expand their customer base and keep their sales figures up.

In recent times, the demand for 7-seater vehicles has increased in India, and many carmakers are already catering to these buyers. However, a few more 7-seater SUVs and MPVs are slated to go on sale in our market soon, the top seven of which have been detailed below.

Toyota launched the Rumion in South Africa just a few weeks ago. The MPV is essentially a rebadged version of Maruti Ertiga, with only tiny differences in the design, like a new front grille, and of course, new logos. As per plenty of news reports, Toyota will launch the MPV in India as well.

The cabin styling of the India-spec Toyota Rumion will be unchanged, and the powertrain and platform will remain the same as well. The launch details aren’t clear yet, but this upcoming Toyota MPV is expected to go on sale in India some time during the next year.

Jeep introduced a Compass-based three-row SUV internationally in August this year, christened ‘Commander’. In the Indian market, this new SUV will be launched around mid-2022, under a new name – Meridian. 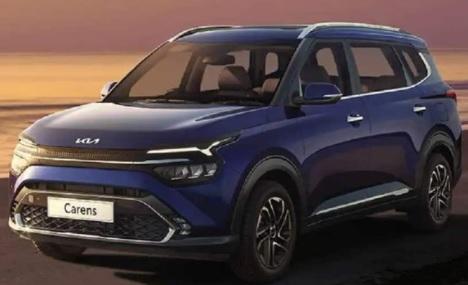 The upcoming Jeep Meridian is expected to get a 2.0-litre turbo-diesel engine, with mild-hybrid assistance. A petrol engine option may also be offered here, although not a lot of concrete details are available about the SUV’s India-spec version yet.

Mahindra & Mahindra is planning to launch the next-generation Scorpio in India, likely in the first half of 2022. The new-gen model is expected to share its underpinnings with the Thar, and will likely have the same engine options as the latter – a 2.0L turbo-petrol unit and a 2.2L turbo-diesel unit.

The new model will be more premium and will have a lot more features on offer than the outgoing SUV. Upon launch, the new-gen Scorpio will be a more rugged alternative to crossovers like Tata Safari, Hyundai Alcazar, etc.

Earlier this year, M&M launched a facelifted version of the TUV300 in our market, under a new name – Bolero Neo. We expect the manufacturer to reintroduce the TUV300 Plus as well soon, likely rebranded as the ‘Bolero Neo Plus’.

This upcoming SUV will actually be more than a 7-seater; it will have inward-facing bench seats in the third row, similar to the Bolero Neo, but it will technically be a 9-seater vehicle, thanks to its extra length and wheelbase.

Toyota and Maruti are jointly developing a few vehicles for the Indian market, and one of them is a new midsize MPV. This new vehicle will be introduced as a rival to Mahindra Marazzo; it will be positioned above the XL6 in Maruti’s range and below the Innova Crysta in Toyota’s range.

Details about the MPV are completely under wraps at the moment, but speculations suggest that Maruti will introduce it some time during 2022, and Toyota will launch a rebadged version of it a few months later.

Kia is planning to launch a new MPV in our country, expected to arrive during early 2022. Codenamed ‘KY’ this forthcoming MPV has been spied multiple times during road testing on the streets of India, and it is likely to get the production name of ‘Kia Carens’.

The new Kia MPV is expected to share its platform with the Seltos, but modified to accommodate the extra row of seats in the back. The powertrain options are expected to consist of a 1.5L petrol motor and a 1.5L diesel mill, which are also available on the Seltos.

Hyundai is also working on a new MPV, codenamed ‘KS’, which will share its underpinnings and powertrain options with Kia KY. The MPV is expected to have its world debut next year, and it will likely go on sale in Indonesia first.

India launch of this upcoming Hyundai MPV is expected to follow later, likely towards the end of the next year. Upon arrival, it will be a competitor to Mahindra Marazzo and even Maruti Ertiga, along with its Kia cousin.

Next: You Can Get A Hello Kitty Polaroid Camera Now