Taking a look back at seven days of news and headlines across the world of Android, this week’s Android Circuit includes a Galaxy Note 10 Fold concept, a Galaxy S10e review, Galaxy Fold launch dates, Nokia 9 PureView camera shoot out, a closer look at the OnePlus 7, Xiaomi’s quarterly results, and a key UI change in Android Q.

Android Circuit is here to remind you of a few of the many things that have happened around Android in the last week (and you can find the weekly Apple news digest here).

The patent was filed two years ago, and a published patent is no indication that a technology will reach the market. But Samsung has a long history of experimenting with technology and patenting designs for commercial exploitation (just as Apple has done with its holding technology). With more than one folding handset expected to be launched this year, I doubt all of them will have the same design as the Fold.

And if you want me to speculate, note that the Galaxy Fold matches up with the Galaxy S10 family. If Samsung want to continue the push to establish itself as the folding phone experts, this design would work very nicely next to the presumptively named Note 10… anyone for a Galaxy Fold Note?

Of the three regular Galaxy S10 models, the Galaxy S10e is the ‘new’ handset - with the S10 and S10 Plus having a clear lineage to older models. So how is it going down with reviewers? If you’re not set on a high-end camera, then the S10e could be a great daily driver.

To be fair to Samsung, the Galaxy S10e would have costed a lot more if it had things like a triple rear camera or a curved display, and the company had to make some sacrifices to achieve the $750 price tag of the S10e. And it’s probably not easy to decide which features make the cut and which don’t, so I certainly don’t envy the folks over at Samsung who have to make those decisions.

UK carrier EE has confirmed that it will be releasing the Samsung Galaxy Fold in the UK. Pre-orders will open on April 26th with availability on the 3rd of May. Those dates match the US launch on AT&T, as noted by Jessica Dolcourt:

At $1,980, the Fold costs twice the starting price of the Galaxy Note 9 or iPhone XS. When Samsung Mobile SVO Justin Denison announced the Galaxy Fold's price, the presentation hall rippled with audible gasps and groans (but really, I'm not surprised).

SamsungDenison didn't sugarcoat it, but he did prime the pump by calling it a "luxury device." UK and Australian prices were not announced, but the US price converts to about £1,500 or AU$2,800. 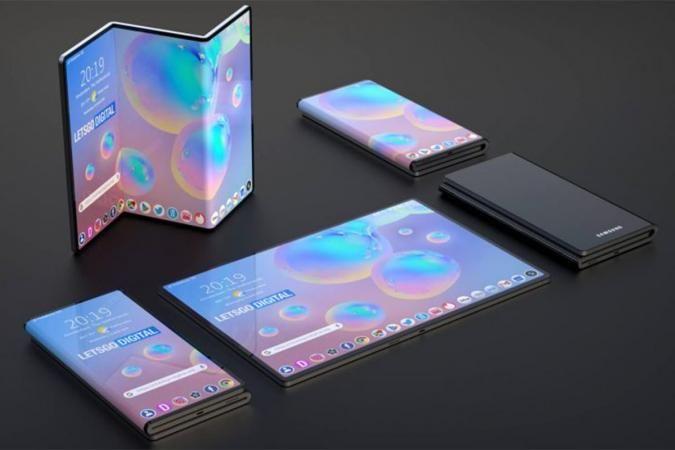 HMD Global’s Nokia 9 also comes with the ‘PureView’ brand name. Associated with a number of breakthrough Nokia smartphones, it has signalled an imaging innovation at each launch. So how does the Nokia 9 PureView cop are with the other PureView handsets of the past. Steve Litchfiled puts it up agains the Nokia 808, Lumia 1020, and Nokia 950:

It's worth noting that I'm testing all of these more or less on auto (apart from enabling flash for the last test and using 'bokeh' mode on the Nokia 9 for the flowers test). I mention that because some Nokia 9 reviewers have pointed out that its RAW output is much better, with no sharpening or noise issues. Which is... true, and I'll probably come back to that in a future feature, but it should be noted that ALL top phone cameras produce purer photos if you capture in RAW and then fiddle about in Lightroom or similar. The Lumia 1020 and 950 can capture in RAW in parallel with the JPG in exactly the same way as the Nokia 9, so the playing field, as it were, should still be level here. The Nokia 9 does have the horsepower to run Lightroom on the phone itself, mind you which is - to be fair - a new twist.

A Closer Look At The OnePlus 7

The geekerati are sure it will have a triple lens camera, a pop-up self camera, a multi-tone coloured shell, but what will the OnePlus 7 look like? Something like this:

Collating all the current information that we have, including the recent protective case design, the gradient color schemes, and the camera layout of the Oppo F11 Pro, the team at Concept Creator have produced the best look yet at the handset.

Although this is an unofficial render, it picks out the key details that I expect OnePlus to push when the handset is launched near the end of Q2 2019.

Chinese manufacturer Xiaomi has beaten estimates with its Q4 numbers, increasing net profits although revenue was slightly down on expectations. What will be promising for the company is the increasing shipments outside of China, especially Europe. Rita Liao reports:

Xiaomi singled out overseas markets in its latest earnings report as the segment grew 118.1 percent to make up 40 percent of its total revenue in the fourth quarter, compared with just 28 percent for the year-earlier period. Xiaomi has been particularly well-received in India, where it holds a leading position in smartphone shipments according to market researcher Canalys, and it’s seeing rapid growth in western Europe.

There’s a huge change coming to the UI in Android Q. Yes, you will be able to decide which direction will allow you to swipe away notification alerts! Damien Wilde has the earth-shattering details:

This new addition meant that you could only swipe right to dismiss any unwanted notifications or clear your lock screen or notification center. This felt like a bit of a step backward from Android Pie – where you simply swiped left or right to make notifications disappear.

Well, fear not, as this ability to swipe in any direction you choose is coming back in a future Android release according to a Google Issue Tracker post.

Android Circuit rounds up the news from the Android world every weekend here on Forbes. Don’t forget to follow me so you don’t miss any coverage in the future, and of course read the sister column in Apple Loop! Last week’s Android Circuit can be found here, and if you have any news and links you’d like to see featured in Android Circuit, get in touch!