“Despite its efficacy, Apple’s Touch ID is still lacking when it comes to what is stored on the smartphone – as soon as someone manages to pass through the lock screen, information can be freely viewed,” says Gionee.

According to Gionee, the encryption chip will provide users with double protection for their data. This means the protected data can neither be seen in case a user decides to hide it or if the Android system gets hacked. 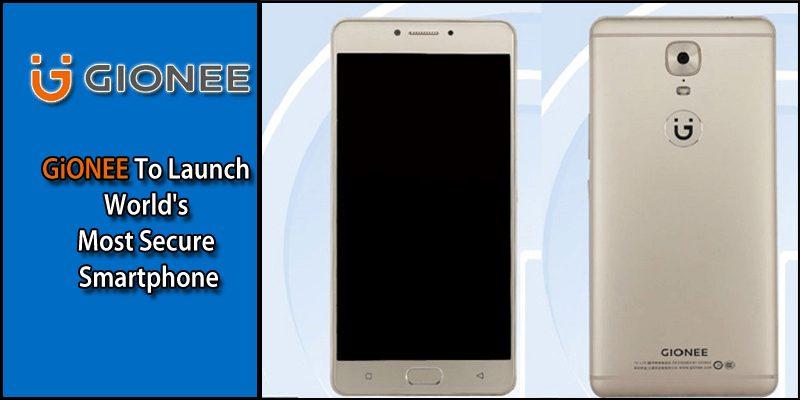 Gionee M6 will be officially announced on July 26.

Sirin Labs, in April, launched Solarin – which is also one of the most expensive Android smartphones. Solarin was launched with security as its primary focus. The smartphone, which costs $14,000, claims to be fully-secure.

Silent Circle’s Blackphone 2, is another smartphone, which claims to be the most secure Android phone in the market. It is available in the US for $799. The Blackphone 2 runs on a modified version of Android known as Silent OS, which Silent Circle says will offer better privacy without compromising productivity.

We will have to wait and watch if Gionee M6 is as fully-secure as it claims to be. Also, it will be interesting to see how Gionee M6 is priced, given most highly secure smartphones are quite expensive.