Home > HUAWEI > Is cheating in games ever a good thing?

When I am old and my memory begins to fade, and perhaps even the names of my own children desert me, there is one thing I’m sure I’ll never forget: up, up, down, down, left, right, left, right, B, A. This is the “Konami Code”, a sequence of buttons which, when pressed in classic games such asContra,Castlevania andMetal Gear Solid, unlocks hidden powers and levels. I tapped it out so many times during childhood that it is embedded deep in the muscle memory of my fingers. Some have concertos; I have cheat codes.

This particular code is famous, referenced in games, films, and even by smart assistants — recite it to Amazon’s Alexa or Apple’s Siri and they will admonish you for cheating. Yet today it feels quaint, a relic of a simpler time when cheating was merely regarded as harmless experimentation. By contrast, today cheating is a debate topic reaching fever pitch, amid legal challenges, the punishments of millions of players and burgeoning markets in expensive cheating (and anti-cheating) software. What caused this sudden change?

The first cheat codes were invented to help game developers, and not intended for the general public. The Konami Code originated in 1986 during the creation of the notoriously difficult shooterGradius,a game so challenging that play testers, who look for glitches before release, were struggling to make it to the end. With the code they could access every power-up from the start and perform their jobs more easily, yet this development tool was accidentally left in the published game and its secret spread through word of mouth. Other game-makers were soon deliberately including cheat codes in their games, granting players all manner of powers, from invincibility to walking through walls to dispatching enemies with the slightest touch.

Back then, the reasons for cheating were largely innocent. In a medium that sometimes fetishises difficulty, some wanted to bypass obstacles they couldn’t tackle alone. Others cheated to disable objectives and timers to play a game in a “sandbox” style, giving them greater freedom and agency — as a nine-year-old I spent hours typing the code “rosebud” intoThe Simsto gain unlimited funds to design the house of my dreams, which I inexplicably filled with bearskin rugs and heart-shaped beds. Cheating was simply another way to play on my own terms. Ethics didn’t come into it — I was only cheating myself, as they say, and I was perfectly at peace with that.

Everything changed when games went online. Cheating to get the best gun in a single-player game is a victimless crime, but when you use a hack to conjure said weapon in an online game, something other players might spend dozens of hours to earn, it breeds resentment. The emergence of competitive ranking and achievement systems, as well as clothing and accessories for online avatars which confer social status, meant that if one person didn’t play fair, the game’s integrity was ruined for everyone. The social contract between players, who agree to abide by a set of rules to compete in a digital space, has been broken. 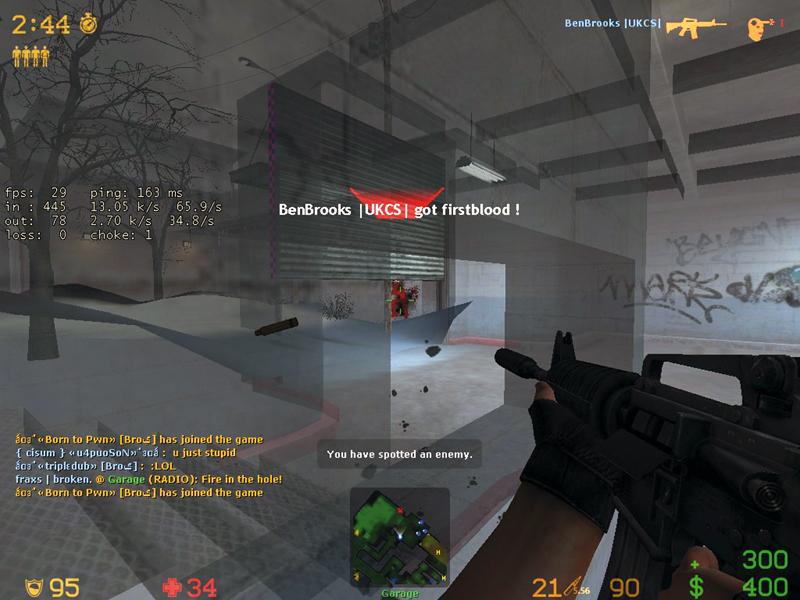 There is no shortage of imagination in how players cheat. In shooting games, players can purchase cheating software for $50 which allows them to aim more precisely, see through walls, or even delay the internet connection of other players. In sports games, players can create multiple accounts and play them against each other, making one account always win to artificially boost their ranking. In online role-playing games, coders write scripts for “bots”, automated players who repeatedly fight or “grind” low-level enemies to gain experience and items. Then there are “gold farms”, factories full of gamers whose job is to play all day, earning in-game currency which their bosses sell on black markets for real-world cash.

The reasons for cheating in online games differ from my childish exploits inThe Sims. Because there are other humans playing by the rules and sometimes real money at stake, the question of fairness is a more serious concern. We might assume that players cheat to obtain rankings and rewards that they lack the time, skill or inclination to earn; but what about the many cheaters in casual games, where there is nothing material to win? Experts report a variety of reasons: some cheat for the thrill of exerting power over other players. Others, known as “griefers”, are the trolls of the gaming world, sadistically causing trouble for other players, in this case by stacking the deck. A surprising number of players also cheat as a reaction to other cheaters — they are paradoxically compelled to break the rules in order to feel they can compete fairly.

Are you under 35? Which issues concern you most?

We want to hear from readers aged between 16 and 35 on what life is like, and which problems need fixing most urgently. Housing? Education? Jobs? Pensions? The environment? Tell us about your experiences via a short survey.

There remains a great deal of moral ambiguity in cheating. A game, in its most elemental form, is a system of rules. Humans are natural experimenters, and one of the most beautiful things about gaming, the only cultural medium that by default grants its audience agency, is that players are free to explore however they choose, even if it means rearranging those rules. Many advances in technology were born from this cheater’s drive, to experiment and subvert the status quo. French poet and artist Max Jacob once wrote, “The moment you cheat for the sake of beauty, you know you’re an artist.” Perhaps the moral calculus of cheating in games should be judged not according to whether we cheat, but rather the question of why.

Letter in response to this article:

Next: On this Southwest Airlines Flight Almost Everything Went Wrong. The Company's Response Is the Best I've Seen Yet