Play a selection of Nintendo 64 and SEGA Genesis games with #NintendoSwitchOnline + Expansion Pack!

This new membership plan launches late October and includes all features of the base Nintendo Switch Online membership. Details on pricing, timing, and more will be shared soon. pic.twitter.com/BMArRe5Vg6

The Nintendo 64 games coming to Nintendo Switch Online when the new tier launches are: 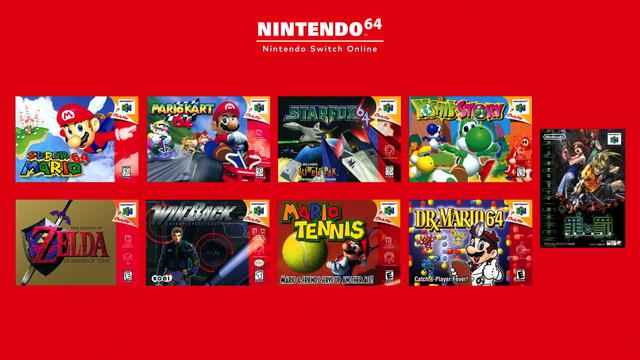 More games will be coming to the platform in the future, includingBanjo-Kazooie,The Legend of Zelda: Majora’s Mask,Paper Mario, andF-Zero X.

In addition to the games, Nintendo is launching two new controllers: Switch-compatible wireless Nintendo 64 and Sega Genesis controllers. The controllers will be available for $50 to Nintendo Switch Online subscribers. We don’t know when exactly they’ll be available, but presumably they’ll launch around the same time as the Expansion Pack.

Relive the glory days with authentic Nintendo 64 and SEGA Genesis wireless controllers. Both will be available for purchase for $49.99 each to any #NintendoSwitchOnline members. Stay tuned for more information to come. pic.twitter.com/MENafDLLRs

Nintendo has not yet shared how much the Expansion Pack will cost. We do know it’ll be officially released in late October.

I've been a gaming and tech writer since 2013. Game reviews, console breakdowns, gaming news -- if it's even vaguely gaming-related, I've probably written about it. In the few minutes I'm not gaming or writing, I enjoy horseback riding and mystery novels.

Next: Nintendo Switch Online may be adding Game Boy games