There’s a rumor in the gaming industry that Nintendo may soon bring another of its extensive libraries to Nintendo Switch Online subscribers — specifically, the libraries of the Game Boy and the Game Boy Color. There’s a chance this could be a gateway to bring other Nintendo gameplay libraries to the Switch… at least, so one hopes.

This rumor was first mentioned on the “Nate the Hate” podcast by insider “NateDrake.” Up to now, Nintendo has reserved the Switch Online library of free games for NES and SNES titles. However, in 2019, a dataminer called OatmealDome discovered that there are four emulators referenced in the Nintendo Switch Online app, codenamed “Kachikachi, Canoe, Hiyoko and Count.” Kachikachi and Canoe are the names of the emulators that were used in the NES Classic and SNES Classic mini consoles. 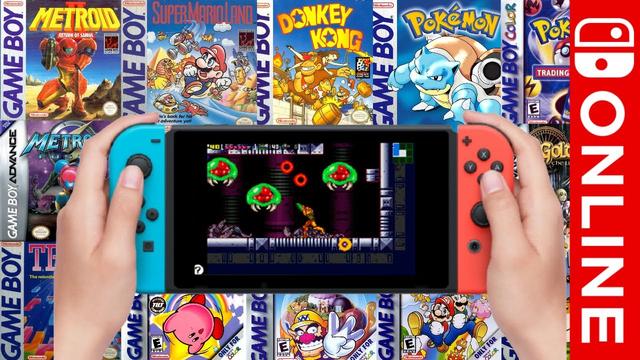 Hiyoko and Count, assuming they exist, have yet to be accounted for. There’s a chance one or both of them could be Game Boy/Game Boy Color emulators that will bring the Game Boy titles to the Nintendo Switch. Sources supposedly confirmed these upcoming games toNintendo Life, lending credence to the rumor. Game Boy games that could be coming to Nintendo Switch Online include the likes ofKirby’s Dream Land,Metroid II, and any of theWario Land titles. There are lots of games for both the Game Boy and the Game Boy Color that have yet to be launched on Nintendo’s latest console.

Assuming that only one of the emulators was used to emulate Game Boy titles, that means that the other could be used for other purposes. One console that fans have been crying out for games from is the Nintendo 64. For some reason, Nintendo seems reluctant to revisit that part of its history so far. Given that there are several excellent games that made their original appearance on the N64, adding them would be a huge boon to Nintendo Switch Online. There’s also a chance that Nintendo could come out with other Classic miniature consoles if it wanted to bolster its holiday sales.

I've been a gaming and tech writer since 2013. Game reviews, console breakdowns, gaming news -- if it's even vaguely gaming-related, I've probably written about it. In the few minutes I'm not gaming or writing, I enjoy horseback riding and mystery novels.

Prev: Nintendo is launching a new tier of Switch Online with N64 and Sega Genesis games