Electric potential, potential difference, electric potential due to a point charge, a dipole and system of charges; equipotential surfaces, electrical potential energy of a system of two point charges and of electric dipole in an electrostatic field. Conductors and insulators, free charges and bound charges inside a conductor. Dielectrics and electric polarisation, capacitors and capacitance, combination of capacitors in series and in parallel, capacitance of a parallel plate capacitor with and without dielectric medium between the plates, energy stored in a capacitor

Electric current, flow of electric charges in a metallic conductor, drift velocity, mobility and their relation with electric current; Ohm's law, electrical resistance, V-I characteristics (linear and non-linear), electrical energy and power, electrical resistivity and conductivity; temperature dependence of resistance. Internal resistance of a cell, potential difference and emf of a cell, combination of cells in series and in parallel, Kirchhoff's laws and simple applications, Wheatstone bridge, metre bridge(qualitative ideas only). Potentiometer - principle and its applications to measure potential difference and for comparing EMF of two cells; measurement of internal resistance of a cell (qualitative ideas only)

First term practical examination will be organised by schools as per the directions of CBSE. The record to be submitted by the students at the time of first term examination has to include a record of at least 4 Experiments and 3 Activities to be demonstrated by teacher.

Time Allowed: one and half hours, Max. Marks: 15

Experiments assigned for Term I

1. To determine resistivity of two / three wires by plotting a graph between potential difference versus current.

2. To find resistance of a given wire / standard resistor using metre bridge.

To verify the laws of combination (series) of resistances using a metre bridge.

To verify the laws of combination (parallel) of resistances using a metre bridge.

3. To compare the EMF of two given primary cells using potentiometer.

To determine the internal resistance of given primary cell using potentiometer.

4. To determine resistance of a galvanometer by half-deflection method and to find its figure of merit.

5. To convert the given galvanometer (of known resistance and figure of merit) into a voltmeter of desired range and to verify the same.

To convert the given galvanometer (of known resistance and figure of merit) into an ammeter of desired range and to verify the same.

6. To find the frequency of AC mains with a sonometer.

Activities assigned for Term I

1. To measure the resistance and impedance of an inductor with or without iron core.

2. To measure resistance, voltage (AC/DC), current (AC) and check continuity of a given circuit using multimeter. 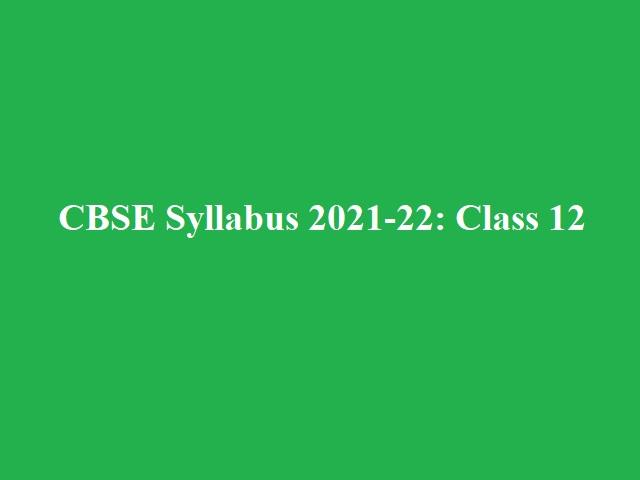 3. To assemble a household circuit comprising three bulbs, three (on/off) switches, a fuse and a

4. To assemble the components of a given electrical circuit.

5. To study the variation in potential drop with length of a wire for a steady current.

6. To draw the diagram of a given open circuit comprising at least a battery, resistor/rheostat, key, ammeter and voltmeter. Mark the components that are not connected in proper order and correct the circuit and also the circuit diagram.

1. To determine the resistance per cm of a given wire by plotting a graph between voltage and current.

2. To verify the laws of combination (series/parallel combination) of resistances by Ohm’s law.

3. To find the resistance of a given wire / standard resistor using a meterbridge.

4. To compare the e.m.f of two given primary cells using a potentiometer.

5. To determine the resistance of a galvanometer by half deflection method.

Note: The above practicals may be carried out in an experiential manner rather than recording observations.

1. Physics, Class XII, Part -I and II, Published by NCERT.

2. Laboratory Manual of Physics for class XII Published by NCERT.

3. The list of other related books and manuals brought out by NCERT (consider multimedia also).

Next: ASUS ZenFone 6’s latest Android 11 beta update enables VoLTE on T-Mobile in the US