Since its release last month, Yu-Gi-Oh! Master Duel hasn't left Steam's top ten. It's barely dropping below 130,000 concurrent users. According toSteamCharts, its all-time peak of more than 260,000 players places it in the top 25 of the platform's most-played games ever, not far behind the likes of Skyrim and Halo Infinite. A 20 year old card game is now one of the biggest Steam games of all time.

But what's behind Master Duel's success? The new arrival is a notable latecomer to a scene often thought saturated. Hearthstone's domination suffocated much of the rest of the digital card game genre for years, and it's taken a series of high-profile controversies and a concerted effort from the company behind League of Legends to put a dent in its popularity. Yu-Gi-Oh! doesn't even get to draw on the novelty of being the first major adaptation of a physical card game, thanks to Magic: The Gathering Arena – and even Valve couldn't cut through the noise, as noted by the failure of Artifact. Master Duel isn't even the first take on this particular card game on Steam - Yu-Gi-Oh! Duel Links arrived on PC in 2017 after a mobile launch the previous year, but has barely scraped player counts a tenth as high as its successor is currently enjoying.

Something, then, has clearly set Master Duel apart from the rest of the pack, at least on Steam. One key factor is likely to be its billing as the 'definitive' digital version of the game. Robust multiplayer support is a crucial part of that, and Konami has promised a tournament feature to bolster a sense of official digital competition. There's also an improved interface, divorced from the mobile-first predecessor – while not on par with the detailed interfaces set out by Hearthstone or Legends of Runeterra, it offers a touch of legitimacy that's sure to be appreciated by longtime fans. 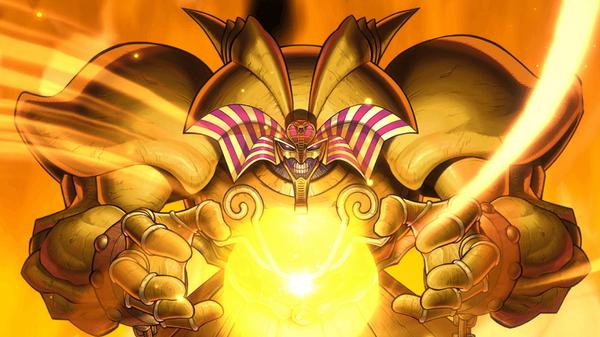 But for all the work Konami has done to make sure this feels likethe digital version of Yu-Gi-Oh!, it's still hard to see what's driven Master Duel's notable success. This is an experience that captures the feeling of playing the physical game with competence, but little flair – the game isn't elevated by fancy card animations or expanded social options.

In recreating the feeling of a tabletop game so faithfully, Master Duel doesn't just capture the factors that have drawn players in over the past two decades. By definition, it also captures the problems that both Yu-Gi-Oh! and the wider digital card game space have dealt with for years. Steam reviews are broadly positive, but even those who recommend the game are complaining about the prevalence of meta decks and the lengthy combos they tend to chain together. In my first game, with nothing but a few tutorial scenarios and a starter deck under my belt, I was subject to a never-ending string of moves that I barely understood. My opponent was playing against themself more than they were actively trying to beat me, offering distinctly unwelcome flashbacks to the worst of games like Hearthstone and Magic: The Gathering.

Similarly, concerns about cost are already rearing their heads. For a tabletop card game, as Yu-Gi-Oh! started life, new decks and cards must inevitably cost money to acquire. As a result, even the game's digital economy is now built around that idea, prompting one reviewer to suggest that the game's most powerful cards are those provided by your bank (or even better, an unsuspecting parent). Master Duel is technically free-to-play, and there are ways to earn the currency required to buy new cards, but it's a comparatively slow process, and your free starter deck is likely to prove pretty inadequate against anyone who's curated their own collection. As it stands, it certainly feels like the quickest way up the rank ladder is to simply throw your wallet at the most powerful collection of cards that you can wrangle into a winning combination

These aren't necessarily problems for Master Duel to fix. Some of them are only just starting to be tackled elsewhere in the genre, and the concerns don't seem to be any more alarming here than they are in many other games. Nor are they notably better or worse in their digital form than I remember them being in the physical game.

That, however, is part of what makes Master Duel's runaway success so difficult to pin down. It's not trying to solve any long-held issues with the genre, or tackling the community's problems with the game. It doesn't stifle the experience, but it certainly doesn't elevate it either. Perhaps, though, that's not what matters. Perhaps the only important thing is that Master Duel provides a space to house both a sprawling collection of cards and an official competition circuit, and that this time, that's proven enough to pull players together from across the wide range of less 'definitive' Yu-Gi-Oh! experiences out there.

Looking for big fun at a small price? Here are thebest free Steam games for you to try.