Home > iPhone > Ask me Anything x Logging Off: Getting Off Your Phone (The Age Old Dilemma)

A portrait of a soldier gravely wounded on a battlefield. The painting used cultural understanding of religious depictions of the wounding and death of Jesus as a language to communicate the pain felt by the subjects of the painting. I took a picture of it because it is hard for me to comprehend how someone can be that good at painting.

Todays question: How do I get off my phone more?

In his video If we didnt have cell phones, Trey Kennedy explores what life would be like, you guessed it, without cell phones. The video is lighthearted, but it made me think. Our generation, and the generation after us, is growing up in a world where its increasingly rare to not have a cell phone at our fingertips. The concept is simple, but its implications are relevant for almost everyone.

Ive played piano since I was about eight years old. Its been rewarding to go from fumbling through scales to being able to sight read just about anything I want to. But as Ive gotten older, its become harder to keep myself focused on practicing. Its not uncommon to be learning a song off Youtube, and get distracted and start watching other videos instead. A lot of the time, it feels like an uphill battle between what I know will pay off and make me happy in the long term, and sliding into mindless indulgence.

I think this is a pretty common phenomenon. Ive heard about (and seen) countless instances of someone sitting down to do homework and getting distracted by their phone and watching TikTok or looking through Instagram for an hour instead. Infinitely scrollable entertainment is nice. Too nice, Id say.

So, what is one to do when you cant seem to get yourself out of the cycle of opening social media, scrolling for a bit and closing it, just to open the app again a few minutes later? 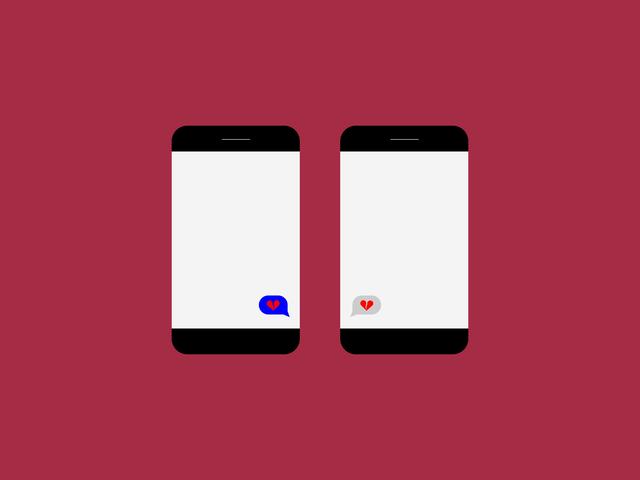 I went to an art museum last weekend. Ive been to art museums before (art is cool and I enjoy it) but something was different this time. It struck me how each and every painting had a story, how every work there was the result of years of studying form and technique. Its building on years of tradition: reinforcing, challenging, breaking. So many people expended countless hours and blood, sweat and tears to create a product that I might not have even stopped to give a second glance.

I think the way we use social media has given rise to the main character era: the sometimes serious, sometimes sarcastic and usually somewhere in-between, idea that you are the main character of life. Its fun to imagine that the universe revolves around you -- Ive definitely had my fair share of main character moments.

But I think in the context of this discussion, its important to get yourself out of the main character mentality. The world we live in is a collection of processes that have been countless years in the making. It is so easy to feel like you are constantly the epicenter of the universe, and right now is the only thing that matters, but I think that is a big contributor to this generations underlying existential despair.

Im going to break the fourth wall for a second and let you know that I dont really know how to finish this column. In truth, I dont have some hot take or sage wisdom to bring you about getting off of your phone that you probably havent thought of.

All I know is this. I think in many ways, the nature of being alive runs counter to the idea of instant access to everything all the time. I think there is a lot of inherent value in the slow, repetitive nature of living, in gradually building skills and friendships and things that make your life meaningful to you, and sharing the things you find important with others.

So when youre feeling stressed about always being online, I think its a great reality check to take a step back and let yourself feel the weight of time passing: think of the person youre becoming, the things youre accomplishing, the people you care about that youre building relationships with. Your life is here for you, whenever youre ready.

Good luck out there, readers. Be kind to one another, and be kind to yourself.

Do you have a burning question? Submit it here.

This column was written in collaboration with the column Logging Off. Click here for Jasmines column and here for a podcast where we talked about our unfiltered thoughts on technology and being mindful!