At this year’s MWC, POCO unveiled both the POCO X4 Pro and the POCO M4 Pro. For a starting price of €299, the POCO X4 Pro is an incredible deal. It features a 6.67-inch FHD+ AMOLED display with 1200 nits of peak brightness, Qualcomm’s 5G-capable Snapdragon 695 SoC, a 108MP f/1.9 main camera, and up to 8GB RAM and 256GB storage. At the event, though, we also had the opportunity to sit down with both POCO Global’s general manager,Kevin Qiu, and POCO Global’s head of product marketing and global spokesperson,Angus Kai Ho Ng, about the future of POCO, MIUI, and what to expect next.

Throughout the course of the interview, POCO reaffirmed its commitment to the enthusiast community, pledging to still allow bootloader unlocking on its portfolio of devices. We were also told that while the company’s focus is currently on mid-range smartphones, it couldn’t rule out the introduction of a folding phone or an ultra flagship in the future. While not a conclusive answer, it does fill us up with excitement about the future of mainstream foldables.

When asked about offering long-term support in the same vein as the likes of Google or Samsung, we were also told that the company was evaluating offering long-term support, though admitted that it was at the behest of Xiaomi’s MIUI development team, as it could not extend support without Xiaomi also offering extended support. Angus told us that POCO is currently evaluating expanding security updates for some of its current users for a longer time period and that it was most likely that if this were to happen, it would happen for the X and F series of phones. 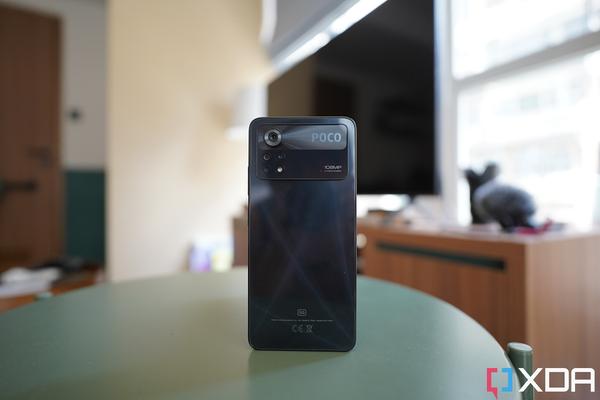 Of course, the link to Xiaomi is nothing new, as all of the company’s smartphones have been rebranded from Xiaomi’s portfolio. Even in the case of the recently-released Xiaomi Redmi Note 11 series, both devices have already been released under different names internationally.

However, an interesting tidbit that the company did share with us was that it was considering offering a modified or debloated MIUI with an emphasis on improving performance on budget devices.

For context, I mentioned that some users prefer cleaner or simpler systems on their smartphones over the likes of MIUI. Kevin mentioned that “some customers buy low-end for maybe one essential function“. Angus then jumped in, saying “the way you said ‘cleaner system or simpler system’ — that’s actually a way we’re considering for lower-end devices, for the entry levels. So that’s how they would shave off some weight on the processing side.” Angus also confirmed that POCO is evaluating the inclusion of POCO-exclusive features, and mentioned that the POCO Launcher was introduced at first to “try something new“, and that the team has been working on improving it since its big 2.0 update in 2020.

It’s unclear what a ‘debloated’ MIUI would look like, though we can make some educated guesses. It’s possible that POCO may do away with some of the pre-installed bloatware on budget devices, or maybe even remove some of the software features that may be more computationally expensive. It’s also not guaranteed to actually go ahead, as the company is merely “considering” that possibility. It’s entirely possible that it stays with MIUI in its current format, or it’s also possible that this is something that Xiaomi is considering for its budget devices that POCO would merely inherit for devices that are rebranded from Xiaomi.

Nevertheless, the future appears bright for POCO. We’ll be keeping a close eye on the company’s future developments, as Kevin also told us that 2022 was going to be the biggest year for POCO yet.

Prev: Ask me Anything x Logging Off: Getting Off Your Phone (The Age Old Dilemma)

Next: Poco F3 gets MIUI 12.5 Enhanced update in Europe