The Google Pixel 6a is Google’s upcoming mid-range affordable flagship. We’ve been hearing a lot about this phone in the last few months, and things are starting to heat up. A launch could be nearing, and it’s interesting because Google could launch this phone in India. For the Pixel lovers in India, the only phone to currently get is the two-year-old Pixel 4a. The search giant stopped selling its flagships in India after the Pixel 3, and we’ve only been getting the ‘a’ series mid-range affordable Android phones. Google also skipped the Pixel 5a in India as well, so it should be nice to see the Pixel 6a coming to the country.

While we don’t have anything concrete yet, there have been several rumours and reports that the Google Pixel 6a India launch will happen in Q1 2022. According to a leak by tipster Yogesh Brar, the Pixel 6a will launch here at the end of Q1 2022. The phone should soon appear in the BIS database as well, confirming the launch. However, this hasn’t happened yet, but there’s still time. If this timeline is true, then we should have some sort of an announcement in the coming weeks. The Q1 quarter ends in March, so we could see the device launching in mid-March.

Google Pixel 6a price in India is expected to be a little higher than the Pixel 4a, which currently retails for Rs 31,999. We believe that Google could sell the new Pixel 6a in India at a starting price of Rs 41,999, but we could be wrong. The Pixel a series of phones have had consistent pricing through the years since the release of the Pixel 3a. However, since Google skipped the Pixel 5a in India, we cannot be fully sure of its availability in India. We can only confirm this once the phone is spotted on BIS, or if Google makes an official announcement regarding the launch. 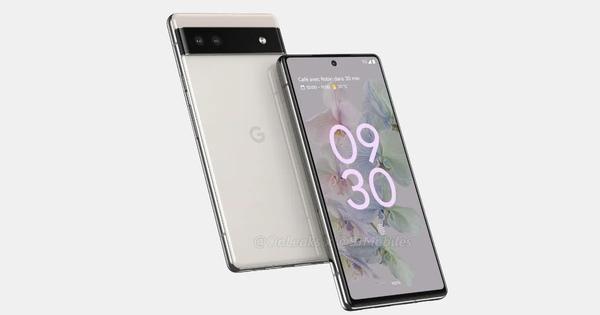 For around Rs 40,000, the Pixel 6a could be a good deal considering it’ll have some of the best cameras on a smartphone, and a totally new design. The phone will also get the custom Google developed Tensor chipset, and the latest Android OS.

How to get Pixel 6 Magic Eraser feature on your device

New Google Pixel phone tipped to launch in India by Q1 2022, could be Pixel 6a

Google Pixel 6 Pro is available on Amazon India, but you probably shouldn't buy it

The Pixel 6a design will be similar to what we’ve seen on the Google Pixel 6 and 6 Pro. 91mobiles has already shared exclusive renders of the upcoming phone, and we can clearly see that it’s an exact copy of the Pixel 6 series. There’s a flat display on the front, a glass back, and the now familiar camera bump. The renders did reveal a lack of the 3.5mm jack, which has been on most of the A series Pixel phones.

Apart from that, the Pixel 6a will look very similar to the Pixel 6. It’ll also have the centrally placed punch-hole cutout for the front camera. As you can see from the rear camera module, the phone will get a dual camera setup. The glass back will be accompanied by the dual-tone finish as seen in the renders.

Now, coming to the specifications of the Pixel 6a, well, there’s not much we know about the specs, but we do have a fair idea thanks to leaks. The mid-range Pixel 6a will most likely use the same Tensor chip found on the Pixel 6 series, but it maybe detuned. The phone will get a 6.2-inch OLED display with FHD+ resolution. It may lack the 120Hz refresh rate, and could only be available with 90Hz refresh rate. The panel will also offer an in-display fingerprint scanner.

The Tensor chip should be paired with up to 8GB RAM and 128GB storage. It’ll run Android 12 OS out of the box in stock form. In the camera department, the Pixel 6a will reportedly not use the newer sensors found on the Pixel 6 series. Instead, it’ll have a 12-megapixel Sony IMX363 main sensor, and another 12.2-megapixel ultra-wide unit. At the front, the phone is expected to feature an 8-megapixel sensor for selfies and video calls. As for the battery capacity, it could offer a 4,500mAh battery with 20+W fast charging support. We suggest you take this information with a pinch of salt.

What do you think of the Pixel 6a coming to India? Are you looking forward to the launch? Would you buy one?