Honor, earlier this year, launched the Honor X30i and X30 Max. The company’s two new mid-range devices came with tall displays and a big battery. Honor will launch another smartphone under the X-series in China later this week. The company will launch the vanilla X30 in China on December 16. Ahead of the launch, some key details of the device have leaked. Live images of the upcoming Honor smartphone have leaked online on Weibo. The leaked details also include some of the key specs of the X30. Let’s take a look at the Honor X30 images, design and specs leaked ahead of the launch.

Honor X30 launches in China on December 16. Ahead of the official launch, the device’s live images revealing the front and back have leaked. The rear panel design of the vanilla model is quite different from the other two phones. It has a large circular camera module, which houses a triple-camera setup. The LED flash is also located inside the camera module. 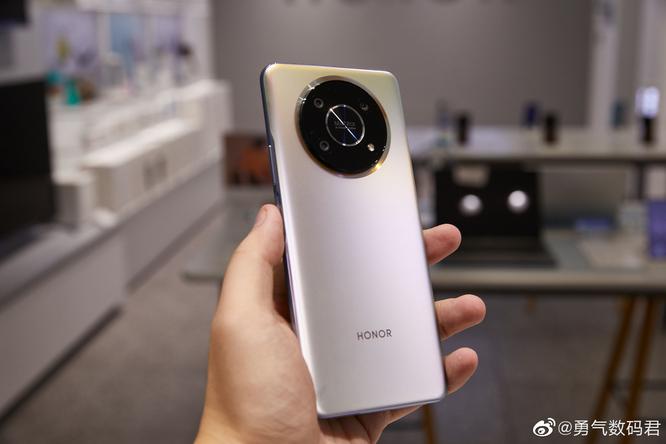 As per some of the previous rumours, the phone is expected to feature a 48MP primary camera sensor. It will also have two 2MP sensors for depth and macro. The live images reveal that the phone will come in shades of Gold, Silver and Black. The phone is also rumoured to launch in a Blue colour option.

At the front, the phone has a hole-punch display. The screen is flat and is surrounded by fairly thin bezels. Details about the display size remain unknown at the moment. It is rumoured to sport a 90Hz display with an LCD panel.

Next: Honor 50 With Snapdragon 778G and Honor 50 SE With MediaTek Dimensity 900 Spotted on Geekbench Ahead of Official Launch