Once the odds from DraftKings Sportsbook are made available for this game, we’ll add that information below. We’ll also add the game time and TV channel once it’s settled. 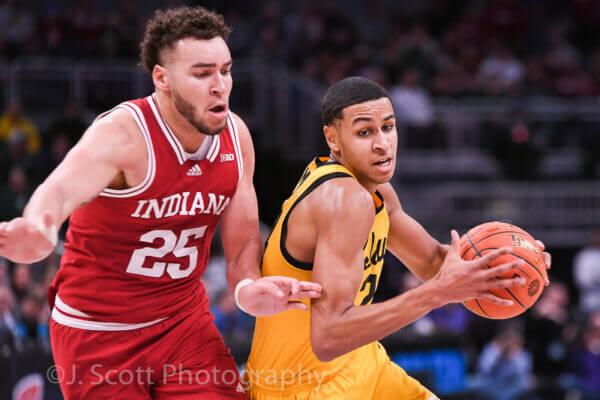 Michigan State is an up and down team this season. Tom Izzo is great in the tournament and games against him are always tough in the NCAA Tournament. Gabe Brown is their leading scorer as he’s averaging 11.5 points per game this season. Malik Hall is second in scoring with 9.6 points per game, but he showed flashes this season that he can be their guy as he’s had multiple games scoring 20+ points.

The Spartans are a decent all around team, but like I said before, they need to find someone who can take a game over. In the NCAA Tournament, look for Hall to be their go to guy.

Davidson has the chance to rip apart several brackets depending on where its slotted come tourney time. The Wildcats took the A-10 regular season title with a 25-5 record and came up just short of winning the conference tournament, getting upset by Richmond in the title game.

Guards Foster Loyer and Hyunjung Lee are both averaging around 16 points per game and have been deadly from three. Luka Brajkovic does the dirty work down low, pulling down 7.1 rebounds a game.

Next: LeBron James becomes the only member of the 30K-10K-10K club