The iPhone SE is boring. Ever since it was introduced it's been a sort of strange outlier. In its current form, it's basically a five-year-old design with hand-me-down features. It helps that those features happen to be very nice, but nothing about the SE is new or exciting by anyone's definition.

Take the fact that the company added 5G to the SE. When Apple introduced the iPhone 13 and 13 Pro models, it made a big deal of including what Verizon is fond of calling "ultra-wideband." That almost no one gets to use the slice of the network that operates on millimeter-wave frequencies doesn't matter, the promise of extremely-fast mobile internet on a smartphone made for great marketing.

With the SE, however, Apple isn't even bothering with that version of 5G. Instead, it just included a radio that works with C-band 5G, which Verizon and AT&T turned on last month.

Still, despite the fact that there's really nothing new here, the iPhone SE could be Apple's most important product this year.

Tim Cook said as much during the keynote. The iPhone SE is often the first iPhone for many users. Certainly, there are people looking for a budget-friendly device, and people looking to switch from Android devices, but I think there's an even more important customer.

I think Cook was also referring to the first iPhone for many young users. As a parent of two daughters with the second generation iPhone SE, I can attest that a $400 phone is a lot easier to swallow than forking over twice that amount for the latest flagship model. 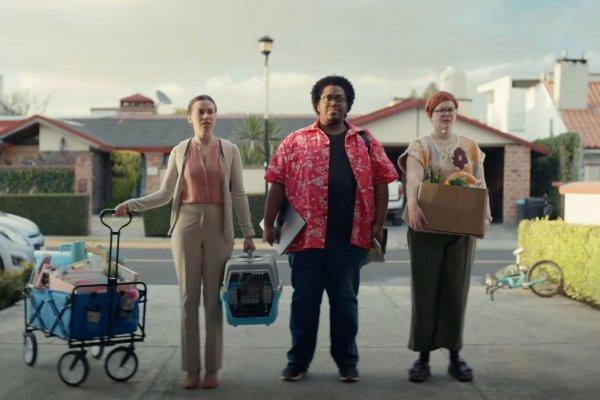 That's exactly what Apple wants--for parents to buy iPhones for their kids, even if they aren't willing to spend $800 or $1000. Eventually, those kids will buy their own smartphones in five years or so, and Apple would very much like them to buy an iPhone 17 or iPhone 17 Pro, or whatever model it's on by then.

Importantly, Apple wants those users to have just as great an experience as every other iPhone user. If you buy the third-generation iPhone SE, you're getting the fastest smartphone on the market. The A15 Bionic processor makes it faster than any Android device, and not just by a little. It's also just as fast and capable as every iPhone 13 model. You can now buy a $429 iPhone without compromising on performance.

In addition, the A15 has two important benefits that actually matter to users--especially price-conscious buyers. First, it means that Apple is able to bring some of its computational photography features to a device that still only has a single camera lens.

There's no question that our smartphones are the most important way we interact with, and capture the world around us. Being able to take advantage of the iPhone's ability to take great photos in almost any condition is something that makes it a great value, especially at its entry-level price.

Almost every Android device in that price range requires making real compromises on features or materials. It means getting less than what you get on flagship models. The iPhone SE makes it easy to choose an iPhone instead since it includes the same processing power as its bigger siblings.

Not only that, the A15 means improved battery life. Compared to previous smartphone processors, it's just more efficient for all the ways you use your device. It's a large part of why Apple can manage to put a battery-intensive 5G radio inside such a small device.

Sure, some segment of your customers--maybe even most of them--will want the latest exciting new thing. Some of them will be disappointed if the thing you announce isn't faster or better in some obvious way. Some of them, however, just want a device that meets their needs, even if it doesn't blow their socks off.

If you can make it easy for those people to buy your product, that's a win. That's exactly what Apple is doing with the iPhone SE--making it easy for people to buy an iPhone. Apple knows that once they buy one, their next device is going to be, well, another iPhone.

Boring, it turns out, can be a powerful strategy.