Check out our list of the top seven SUVs currently on sale in India, which demand some of the highest waiting periods in our market

In the Indian car market, SUVs continue to grow in popularity among buyers, and carmakers also seem to be shifting focus towards that genre now. In recent times, we’ve seen a lot of new launches in that market space, including compact, mid-size, and even large SUVs. However, high demand and manufacturing challenges have caused a few vehicles to have sky-high waiting periods in our market.

Here, we have listed the top seven SUVs currently available in the Indian market, which have the highest waiting duration.

Mahindra Thar – up to a year

Mahindra Thar currently has the highest waiting period of all in the Indian car market. For select variants, buyers now have to wait up to a year to take delivery! The Thar is available with two engine options – a 2.0-litre turbo-petrol motor and a 2.2-litre turbo-diesel.

Transmission options include a 6-speed manual and a 6-speed automatic gearbox, available on both engines. Buyers can also choose between a soft-top convertible roof and a hard-top roof on the Thar.

Hyundai Creta – up to 9 months

Hyundai Creta also has a massive waiting period, reaching up to 9 months on the lower variants. The mid- and top-spec trims have a relatively lower waiting though, ranging between 1 month and 3 months. 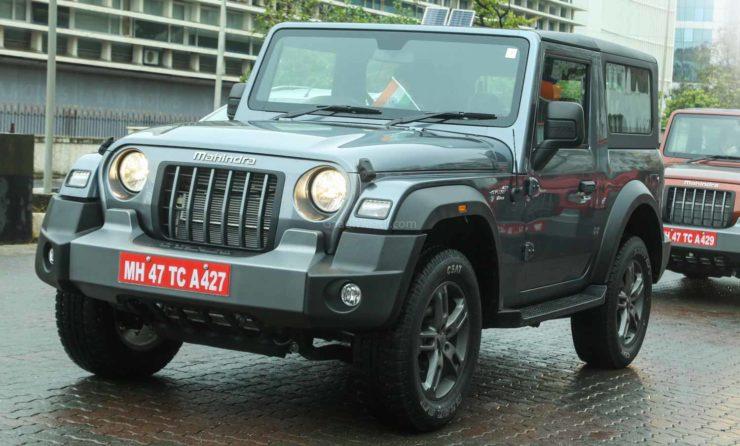 The Creta is available with three engine options – a 1.5-litre NA petrol, a 1.4-litre turbo-petrol, and a 1.5-litre turbo-diesel – with multiple transmission options on offer (including a CVT, 6-speed MT, a 6-speed AT, and a 7-speed DCT).

Nissan Magnite – up to 7 months

Nissan India launched its first sub-4-metre SUV in the Indian market – Magnite – near the end of last year. The little crossover quickly caught the fancy of buyers, thanks mainly to its aggressive pricing, and it is currently the bestselling model in the manufacturer’s lineup.

Kia India’s most affordable offering, the Sonet, has a waiting period as high as 5 months, depending on the variant chosen. The Sonet offers three engine choices – a 1.2-litre NA petrol, a 1.0-litre turbo-petrol, and a 1.5-litre turbo-diesel.

Kia Seltos – up to 5 months

Buyers have to wait quite a long time to take delivery of a Kia Seltos as well, in select cities across India. The waiting period goes as high as 5 months, depending on the variant chosen.

Tata Nexon – up to 5 months

Tata Nexon is available with two engine choices in the Indian market – a 1.2-litre turbo-petrol and a 1.5-litre turbo-diesel – along with an electric powertrain option (Nexon EV).

On the Nexon, the waiting period currently ranges from 3 months to 5 months for the petrol and diesel variants. The Nexon EV has a lower waiting period, reaching up to 2 months.

Tata Safari – up to 3 months

Tata Safari was launched in India earlier this year, reviving a popular nameplate in the brand’s range. The anticipation for the SUV was quite high, and after launch, it quickly gained decent popularity among buyers, due to which the waiting period for the Safari has also increased now.

Currently, buyers could have to wait anywhere between 1 month to 3 months to get their Safari delivered. The manufacturer has also stated that the demand for the top-spec variants is strong, including the Adventure Persona version.

Prev: Is GWM Tank 100 A Chinese Copy Of Suzuki Jimny? We Explain