Home > Samsung > Gionee A1 review: A great phone, but it’s not flawless

Gionee A1 is probably one such option that convinced me to look beyond my usual set of favourites when it comes to smartphones. For the record, Gionee A1 isn’t the most distinctive smartphone in the market. It may lack some of the hype, but the fact remains it offers acceptable camera capabilities, decent hardware performance and a long-lasting battery life. Here’s our full review ofGionee A1 smartphone.

Gionee A1 bears a striking resemblance to phones made by other “Chinese” manufacturers. You’d have a hard time telling them apart. But it would have been great to see a distinctive design, like Gionee did in the past with Elife E6.

But this is still a good looking phone. I got the ‘Grey’ colour version of the device for review, and it looks great from all angles. The metal back and the buttons are great to the touch and the addition of 2.5D curved glass at the front allows the panel to blend well with the metal frame. The A1 measures 8.3 mm thick and weighs 183 grams. Despite its size, it doesn’t feel bulky.

Gionee A1 bears a striking resemblance to phones made by other “Chinese” manufacturers.

The home button on the front features a fingerprint scanner flanked by two additional touch buttons for multi task and back. If you head into the settings, you get the option of swapping the functions of each side. The volume up/down and power switch is still on the right. That leaves the dual-SIM (hybrid) tray to occupy the phone’s left side, while the bottom features a micro-USB connector flanked by the mono loudspeaker. On the top of the phone there is a 3.5-mm headphone jack. Plus there is the IR blaster which has high utility.

Now, about the screen. Featuring a 5.5-inch full HD 1080p resolution, Gionee A1 screen has 401 pixels per inch. The display is full of colour, and retains the crispness. Even with the brightness set at 50 per cent, the screen looks rather bright. Plus, you also get the option to set the color temperature of the screen which can be adjusted as required in the Settings menu. Neutral mode was selected by default, and it gives the A1 a bit more balanced colour temperature.

Even with the brightness set at 50 per cent, the screen looks rather bright.

To make sure it keeps all that power going all day, there’s a 4,010mAh battery built into the body. I specifically usedGionee A1 with the GPS on and using it to constantly stay in touch with friends and family via WhatsApp and social media. I’ve had the A1 (used with a 4G SIM) nearly last an entire day without plugging in. While it’s not quite the two-day battery promised by Gionee, it can make it to a day and a half fairly comfortably. 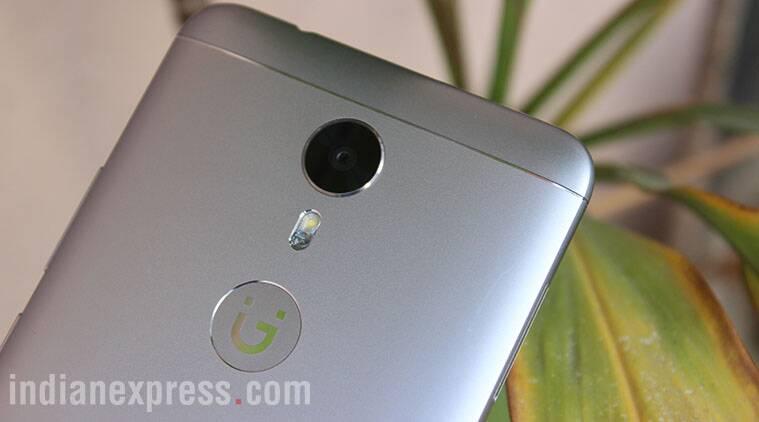 Gionee promised a lot about the cameras on the A1. While the A1 doesn’t come with dual rear cameras, like the Honor 6X and Micromax Dual 5, its 13-megapixel rear and 16-megapixel front cameras are pretty capable.

In bright daylight conditions, the A1’s camera performs well, and its 13-megapixel sensor (f/2.0) captures a lot of detail. The white balance is accurate and colours are vivid without being oversaturated and unrealistic. Auto-focus is fast and the A1 also copes very well with macro shots. The lack of OIS means it can’t match the sharpness levels of the Galaxy S7 and G5. Otherwise, the camera seems functional for day-to-day use. During my time with the phone, low-light performance was surprisingly good. The 1080p video recording does a good job of focusing on objects nearby and further away.

The A1 is pitched as a selfie-centric smartphone. The front camera has a higher resolution like most phones’ front cameras these days, and lets you capture a lot of details in your face. Its front-facing camera is 16-megapixels coupled with a LED flash, so you can snap a selfie of yourself in the dark. The results from the front camera are quite good. The A1, like many selfie-centric smartphones, offer multiple beauty modes that lets soften an image in an attempt to make you younger.

Apps launched almost instantaneously, and I was able to open multiple Chrome tabs.

Under the hood,Gionee A1 uses a mid-range MediaTek Helio P10 SoC. It’s an octa-core processor clocked at 2.0Ghz, paired with 4GB RAM and 64GB of native storage which is further expandable up to 256GB via a microSD card slot. In our testing, the Helio P10 zipped through day-to-day tasks fairly well. Apps launched almost instantaneously, and I was able to open multiple Chrome tabs.

While Gionee has not used a premium processor, throughout my usage the phone was zippy. You needn’t worry that the phone slowing down while playing a game like Real Racing 3 or Asphalt 8. On AnTuTu, the Gionee A1 scored 45,772 while the GeekBench 4 score was 2598 on multi-core, well behind the OnePlus 3.

So what’s not good?

The A1 runs the latest version of Google’s Android OS –Nougat. The OS has been customised with a skin called “ Amigo OS 4.0”. The interface is heavily skinned (as expected) and comes preloaded with apps such as Amazon Shopping, Xender, Hotoday, Truecaller, Facebook, WhatsApp and Messenger. Even though Gionee’s native Amigo OS is significantly improved, I still prefer the standard Android interface.

I’m still trying to figure out the reason for the absence of a USB Type-C port on the A1.

The A1 comes with a micro USB instead of USB-C, which all premium mid range Android smartphones have been using for a year. I’m still trying to figure out the reason for the absence of a USB Type-C port on the A1.

This is not the best fingerprint scanner I have used to date.

The A1 is lacking near-field communications (NFC) which could be crucial when Google rolls out Android Pay in India. Keeping this in mind, Gionee seems to have missed a chance by not adding an NFC chip into the A1.

At Rs 19,999, Gionee A1 is a well-packaged smartphone, barring a few trade-offs. The build quality is excellent, the all-metal finish is appealing, day-long battery life and the screen is good with popping colours – even if it lacks an AMOLED panel. The cameras are respectable, too. Although I wish the phone had a better processor and unskinned Android, the phone doesn’t really disappoint. There is some competition from the Oppo F1 Plus, Moto G5 Plus and Redmi Note 4 and you should take a look at all these options before buying Gionee A1.

Prev: screenrant.com iPhone SE 2022 - Will There Be Another iPhone SE?

Next: Gionee A1 Plus Review: A bigger better Gionee A1 News Notification