Realme is cruising in India. You don’t even have to be an expert in market dynamics to know it. The reason why it’s cruising along so well in the highly competitive Indian market is also simple. Realme has been coming up with really good value for money products, and it has been doing that consistently for some time now. And even though there is some overlap between its products every now and then, almost every Realme product somehow manages to offer something unique and compelling, ultimately making a strong case for itself.

The Realme XT is a classic example. Even though its existence is a conundrum, so much so that even Realme fails to put a ring on it, – we don’t know if it’s a successor to the Realme X or the Realme 5 Pro or something else entirely - the Realme XT stands its ground, and rather firmly at that, on the back of not one but two unique and compelling aspects. Design and cameras.

On the inside – and even on the outside to an extent – the Realme XT is equal parts Realme X and Realme 5 Pro, and both these phones are terrific value for money. So theoretically speaking, the Realme XT should offer as much, if not more. And it does, making it quite an attractive proposition. But, does it offer more against the competition? Let’s find out.

Realme has been making good-looking almost glass-like phones for a while now. But almost glass-like isn’t glass. Which is something that competition, aka Xiaomi, has been doing for some time now. The Realme XT is Realme’s first glass phone to counter that. And it’s no toughened glass phone either. The Realme XT uses Corning Gorilla Glass 5 on the front as well as on the back – the outer frame is made of polycarbonate.

The effect of glass is obvious. The Realme XT is undeniably the most premium-looking phone that Realme has ever made. What’s surprising to me is how Realme has been able to contain the Realme XT’s physical dimensions despite all that glass – the phone’s just 8.6mm in thickness and weighs in at 183 grams. That’s almost as much as the all-plastic Realme 5 Pro.

I have had almost no complaints with Realme phones when it comes to build quality and the Realme XT is no different. In fact, all that added premium only ups the phone’s fit and finish making it easier to tag along and use. The Realme XT is a very nice phone – a phone that feels much more expensive than it really is. Realme has kept the power button and the volume rocker on adjacent sides which is a nice touch. It really helps that all the buttons are well placed and offer excellent tactile feedback.

The only quibble I have with the Realme XT’s design is that the camera module sticks out a little too much which makes the phone wobble when placed back facing down.

The all-round design of the back is very reminiscent of the Realme X, but yes there’s more depth to it – Realme is calling it 3D hyperbola design. The phone is available in two color options, Pearl Blue and Pearl White. The latter’s the one to go for and you can take my word for it.

There are two big takeaways here -

-- The Realme XT has a large 6.4-inch 1080p+ Super AMOLED display with a waterdrop-style notch - Realme claims a screen-to-body ratio of a 91.9 per cent on this one.

-- The Realme XT ditches a conventional fingerprint scanner for an optical in-display solution.

Now, to have both these features in a phone that starts at Rs 15,999 is quite an accomplishment in itself but having them to work like a charm is an even more impressive feat. It won’t be wrong to say that the Realme XT has one of the best displays in and around its price point.

It gets plenty bright and viewing angles are quite good too. Colours are nice and punchy - even unrealistically so, at times. The overall tone edges slightly towards the warmer side but you can always change that from the settings as per your preference. The display of the Realme XT is not HDR-certified like the Redmi Note 8 Pro but there’s Widevine L1 support out-of-the-box.

The optical in-display fingerprint scanner that sits at the bottom of the screen is fast and accurate.

Technicalities aside, here’s what’s important though – Qualcomm says the Snapdragon 712 is 10 per cent faster that the Snapdragon 710 and it is better suited for mobile gaming. Because that’s what every budget phone is aspiring to do today – playing PUBG at high settings.

So, let’s just start with that. The Realme XT can handle almost every GPU-intensive game (including PUBG at high settings) you throw at it well with minimal or no frame rate drops (most of the time) and it does this without breaking a sweat – also, it runs cool most of the time, unless you’re really stress testing it. And even then, the phone’s quick to cool so that’s nice.

The Realme XT is also an efficient phone and that reflects in the phone’s outstanding battery life. The Realme XT packs a 4,000mAh battery and is easily a one-day phone for even the most demanding users. Toning things down further should get you even more. The phone also supports Oppo’s VOOC 3.0 flash charge through USB Type-C and ships with a 20W fast charger (and proprietary cable) in the box that can charge the whole thing from 0-100 per cent in around one and a half hours. 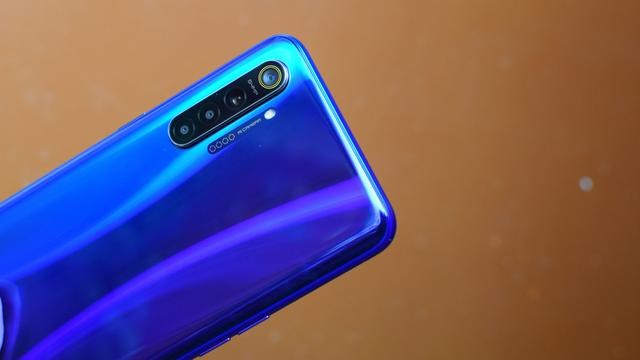 Quick pointers on Realme XT as an everyday phone -

-- The Realme XT comes in 4GB/64GB, 6GB/64GB and 8GB/128GB configurations. That's LPDDR4X RAM and UFS2.1 storage. This ensures the phone literally flies in everyday use. The Realme XT supports expandable storage of up to 256GB via a dedicated micro-SD card slot.

-- Software inside is Android 9 Pie-based ColorOS 6. While I am not a fan of Oppo’s ColorOS, I like the direction in which it is going lately. You finally get an app drawer interface now. The software’s a lot cleaner and more efficient from the one found in past Oppo/Realme phones. Also, I can’t stress enough – the Realme XT doesn’t show any ads. It does need to streamline its notifications though, and while at it, maybe it could also get rid of the many duplicate apps on offer here. What really has me pumped however is the fact that Realme is working on a custom version of ColorOS 7 – which should be based on Android 10 - that would be closer to stock Android.

-- The Realme XT has a mono speaker churns out good-quality audio that’s nice and loud with little or no digitization at peak volume. Additionally, the Realme XT also supports Dolby Atmos.

-- Phone calls made with the Realme XT are of good quality across the board and I did not encounter any odd call drops beyond the usual on my review unit. The dual SIM phone supports dual 4G VoLTE.

The Realme XT basically has the same quad rear camera setup as the Realme 5 Pro. The only difference is that it swaps the 48MP main camera with an even higher resolution 64MP camera. That main camera uses Samsung’s 64MP GW1 sensor which works on the same principle as its 48MP GM1 and 32MP GD1 sensors – effectively producing sharper, more detailed 16MP photos in low light, and using software interpolation to produce high resolution 64MP photos when required. The Realme XT has the same front camera as the Realme 5 Pro.

Here's a quick spec-check - the Realme XT has a -

Hallmark Realme features like Nightscape and Chroma Boost are available on the Realme XT. Nightscape is Realme’s take on the night mode we’ve come to see on many phones lately - for cleaner low-light photos with more detail. Chroma Boost meanwhile is Realme’s take on HDR that helps achieve greater dynamic range and more balanced exposure under different lighting scenarios.

As for image quality, it’s quite good across the board – but if you were thinking to buy the Realme XT solely for that 64MP camera, well, don’t do that. The Realme XT’s 64MP photos may get you wee bit more detail and allow you to zoom further in, but results from Sony’s IMX586 sensor – inside the Realme 5 Pro – offer all round better output. There, I said it.

Now, coming to the Realme XT. The 64MP main camera (that uses pixel binning to produce 16MP photos by default) can capture some good photos in ideal lighting with lots of detail and punchy colours – punchier than what you get on the Redmi Note 8 Pro. The dynamic range is also quite good. Chroma boost, when enabled, can bump up the dynamic range a bit further.

The 8MP ultrawide camera offers a wider perspective but needs ideal lighting for best results. The Realme XT takes passable macros or close-up shots with the macro lens and can capture one of the best portraits in this price segment with its depth camera – even more so in case of non-human subjects.

The Realme XT can shoot non-stabilized 4K videos @30fps and electronically stabilized 1080p videos @30fps – the results are one of the best, in this price segment. Sadly, you can’t record videos using the ultrawide-angle camera just yet – this will be coming later through a software update, Realme has announced.

The 16MP front camera of the Realme XT shoots great natural selfies with good detail in all sorts of lighting conditions.

Should you buy the Realme XT?

If all that’s what you’re looking for, the Realme XT is an easy recommendation. If not, the Realme 5 Pro is also a good buy – also, it costs less. But whatever be the case, Realme is cruising, and with devices like the Realme XT, it has absolutely no reason to stop.

Next: Interview: Oppo's Jeff Zhang on VOOC and the future of smartphone charging